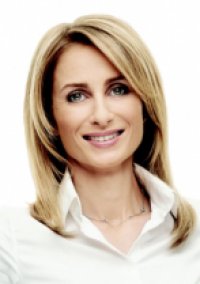 Ms Dita Charanzová is a Vice President of the European Parliament from the Czech Republic. Elected first in 2014, she is now serving her second mandate within the liberal group Renew Europe. Ms Charanzová completed a doctorate degree from the University of Economics, Prague, and graduated from the Diplomatic Academy in Madrid. She is a former diplomat, whose postings included the Czech Permanent Representation to the EU during the Czech Presidency. She has also worked at the Council of Europe.

Ms Charanzová is also Vice President of the ALDE Party, the Renew Europe spokesperson of the Internal Market and Consumer Protection Committee and a substitute in the International Trade Committee. Ms Charanzová was named “MEP of the Year” in the field of Foreign Affairs in the 2016 MEP Awards. She was also among the twenty most influential women that are shaping Brussels politics in 2017 as a "Tech Titan", according to Politico.