Interested in career opportunities at Chinese companies going global? MBA Admissions recently invited four MBA graduates working for Chinese companies overseas to join a panel discussion. Read on for their reflections on how they landed their roles, advice on transitioning from China to the international market, and the role CEIBS played in preparing them for their future careers.

First, a bit of background…

Gulnara Abdullina: I was the very first foreigner to work for Jinko Solar, starting in China for three years and then across Europe for nine years. Recently, I joined the world’s leading solar technology company LONGi Solar as VP for Europe.

Diego García Fernández: Pre-MBA, I started my career at P&G in the UK. Europe was not growing fast at the time, so I wanted to move to a region where innovation was really happening. That led me to China, CEIBS and then Alibaba on their leadership development programme in Hangzhou. Now, I’m back in Spain doing business development for Ant Financial.

Valentina Kaledina: I always wanted to do an MBA. As a reporter covering business news, both in Moscow and Paris, I had a strong background in traditional media, but wanted to move into new media. This is how I ended up landing at the world’s third largest podcast app, Castbox. I’m responsible for international business development and podcaster relations in Europe and North America.

Lorenz Egner: Pre-MBA, I worked for Jaguar Land Rover as an engineer in battery technology for electric vehicles. Working in this space, you are very aware of China, but I had no idea about how business was actually done there. After graduating, I joined Chinese firm CATL in Germany. They are a B2B market leader in lithium-ion battery technology

On finding the right opportunity…

GA: Having targeted the new energy and solar industry, I had lots of time towards the end of my MBA to visit exhibitions and meet with companies. Going booth-to-booth as a foreigner back then was quite unusual, but it was also a great way to meet senior people and introduce myself. Originally, many of the companies I met with asked me for a CV in Chinese, so I didn’t take the opportunities very seriously. Luckily, I thought about it again and went back with my translated CV. If I hadn’t, I wouldn’t have gone on to work for Jinko for the better part of a decade.

DGF: During the MBA, I applied to nearly 60 companies. The reason I failed is because most of these were ‘copy and paste’ applications. However, when I read about Alibaba's Leadership Development Programme on the careers portal at CEIBS, it was different. I really put my heart into that application. The CEIBS MBA Career Development Centre helped introduce me to senior alums there working in different business units, so I was able to extract their insights to help me build a more competitive application. Two areas stood out: First, was the value they placed on employees having brand experience; so I was really able to highlight what I had done at P&G. Second, was the importance of the value system at Alibaba; so I worked on how I could craft stories that resonated with these into my application.

VK: I was quite focused on finding job opportunities in new media, which can be quite niche. I joined many CEIBS career treks to other cities which took me behind-the-scenes at the likes of Xiaomi and Huawei. For Castbox, I actually met them at SLUSH Shanghai, which is a large tech exhibition. I later found out that the founder, Renee Wang, was coming to CEIBS to speak at our Female Leadership Forum. We arranged to speak afterwards and that helped me to get my foot in the door at the company. 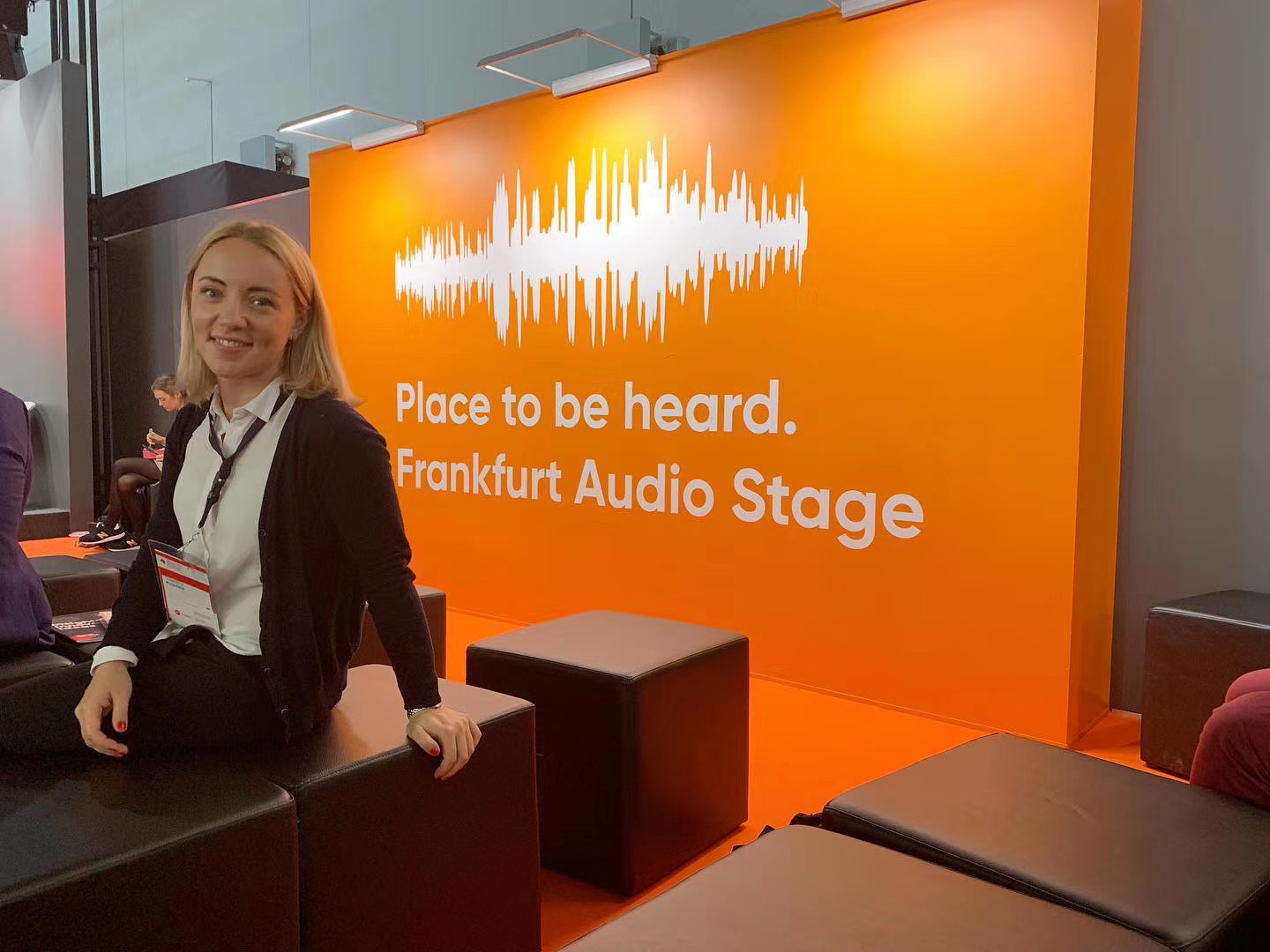 LE: I graduated right into the COVID crisis, so had to be patient and positive to land the right opportunity. It was through the standard application process that I got to know CATL and their operations in Germany. I had a strong CV in automotive and CEIBS gave me the China card, so  I was able to craft a nice application that made sense from for both me and the company.

On impressing at the interview…

GA: Part of my interview for Jinko was with the company's Chairman. Although a daunting experience at the time, it really highlighted the importance of approaching the interview with clarity about what is in it for them. My pitch was that I’m a foreigner, with an understanding of the Chinese business culture, plus knowledge of developing business in Europe. 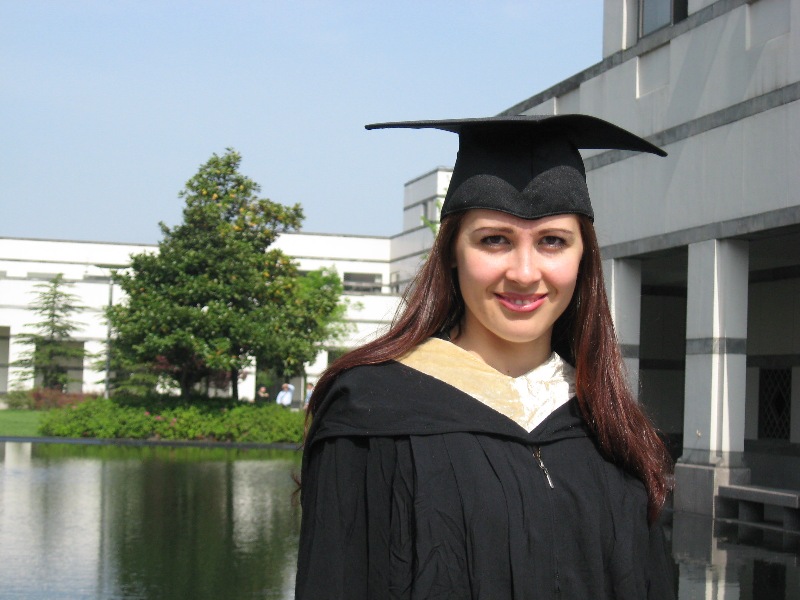 DGF: The Alibaba interview was crazy. Six thousand people applied and then 80 of us were flown to Hangzhou for the interview. We were all in constant limbo of not knowing what was part of the interview, and what wasn’t. On the second day, we were asked to present the solution to a case assignment in the afternoon. Before that though, HR had arranged a tour of the West Lake (a popular scenic spot in Hangzhou). Many were so focused on preparing their case pitch that they either missed the tour, or didn’t use the opportunity to engage with HR. Fortunately, I did and used this opportunity to interact with Alibaba employees and share my story.

VK: The role I was interviewing for didn’t exist at that time, so the best approach was also to clearly communicate what value I could bring to Castbox. It’s also important to recognise that we cannot compete with Chinese peers in terms of Mandarin language fluency, so I emphasised why my prior work experience in media, my network in Europe and the knowledge gained from my degree at CEIBS could bring value to Castbox.

LE: I believe there is always an element of luck involved in any interview. But, it’s also important to recognise realities. If the role you are applying for is just a dream, you're applying without the skills, knowledge and experience to back up your career switch, it’s going to be tough. For me, the narrative to communicate my fit for CATL was very logical, given my academic and work experience in Europe and China. 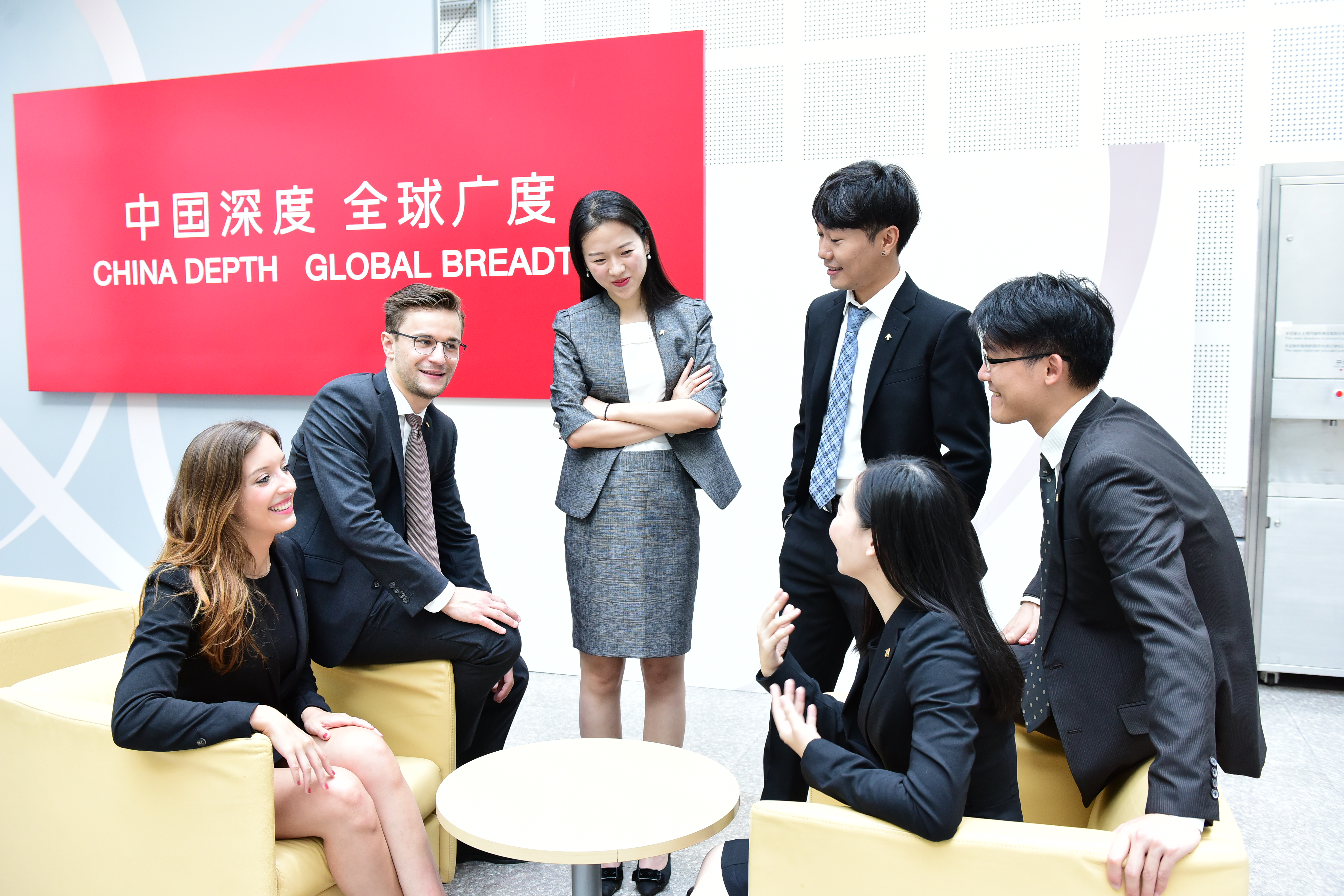 On the transition from headquarters to the world…

GA: It’s important to think about the DNA of the company culture. At Jinko, both the company and our identity grew out of success in the international market. This really helped to define the company culture. For LONGi, the company I recently joined, they built their fortune in China, so the working environment has a different feel to it. I’d also advise everyone to get to know as many people as you can in the headquarters – really from the receptionist upwards! When you go overseas, this will help tremendously in staying connected and visible.

DGF: The culture at our overseas offices is actually very similar to the head office. Pre-COVID, everyone would visit the headquarters in Hangzhou once a year. We also host regular webcasts and ensure multicultural teams are working on projects together. One aspect I’d say for future prospects looking to join Alibaba, is that there is a KPI mind-set and you have to deliver. On the other hand, you are given sufficient rope to try new projects. You won’t get much by the way of resources to begin with, but if the project gains traction, they will support you. This balance actually suits me and my personality very well and as I often say, today’s performance is tomorrow’s baseline. 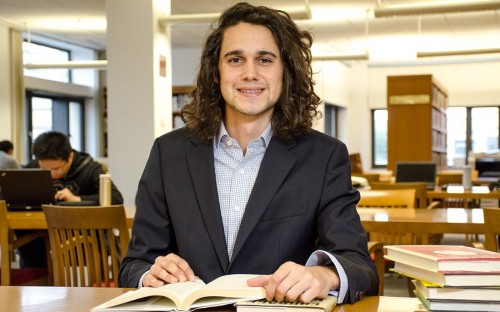 VK: Castbox was born global. It has no domestic market and only has eyes for overseas – North America, Latin America and Europe. We’re still a start-up with a strong team of engineers. I worked in Beijing first and, as many of my colleagues are Chinese, but are also internationally minded, I blended right in. Of course, my time on the MBA with CEIBS helped tremendously with this.

LE: CATL is a company that is very proud of its heritage. In our vision statement we say we are a deeply rooted Chinese company embracing global culture. We have a strong presence overseas and have naturally grown into this global position. You feel this in the culture and there are lots of similarities with the culture at CEIBS. Many colleagues speak very good English and have innovative mind-sets, so it was a natural transition for me after graduating.