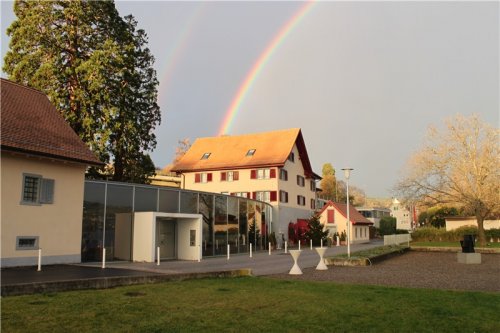 CEIBS’ Excellence Exchange Programmes (EEP) are much more than your typical b-school study tour. They are specifically designed for Chinese executives and provide a link between East and West through teaching, research, and business practice. With EEPs CEIBS strives to establish mutually beneficial partnerships between the school and European companies, generate unique insights across industries, and engage in constructive and open dialogue among senior executives from both Europe and China.

EEPs are a key element of the CEIBS EMBA programme. Following the principle of learning from the best, the CEIBS Zurich Campus offers several study tours in Switzerland, Germany, France, and Italy. “We conduct these high-end study tours for Chinese executives on topics such as Smart Manufacturing, Service Excellence, Innovation, and also Family Business,” says Philipp Boksberger, CEO & President of CEIBS Zurich Campus.

EEPs are composed of input sessions by academics, panel discussions with industry experts, and visits to innovative companies, combined with case studies – all of which collectively make up the CEIBS Real Situation Learning Method (RSLM).

One of the companies visited during a recent study tour was Victorinox, in Ibach in the Swiss administrative division of Schwyz. Here, participants had the opportunity to meet with Carl Elsener Jr, the President, CEO, and Chairman of the world-famous Swiss penknife manufacturer, and to discuss the risks and opportunities associated with his business.

Victorinox is a notable example of a built-to-last family business. Dating back to 1884, when founder Karl Elsener opened a knife manufacturer’s workshop, the company became the sole supplier of knives to the Swiss Army after acquiring its biggest rival in 2005. The brand has literally become a symbol of Switzerland. The company bears the Swiss coat of arms in its logo and even U.S. presidents have given Victorinox knives embossed with their presidential signature as souvenirs.

Carl Elsener Jr personally welcomed the CEIBS group on their recent visit. The day started with CEIBS Vice President & Dean Professor Ding Yuan opening the programme. EEP participants then analysed the Victorinox case before embarking on a tour of the company’s manufacturing facilities.

The case discussion, one of the core elements of the RSLM, posed the question of who or what has contributed to the success of Victorinox. The company has transitioned into a family firm under full control of the Victorinox Foundation and no longer conforms to public company listing requirements. The Victorinox Foundation regulates that 90% of its annual profits are retained earnings and 10% are spent on charity, environmental, and educational projects in Switzerland.

Carl Elsener Jr says that family members usually press for considerable dividends once they have passed the baton to their successors as their interest in corporate affairs begins to wane. However, he cautions that “this would make the company financially weak and impact its long-term development.”

Remarkably, in over a century Victorinox has never applied for a bank loan. All its investment funds are drawn from its surplus reserve. What is more, the company has never had to lay off employees – not even during the two world wars in the 20th century, nor after the acquisition of its competitor in 2005.

Much of this can be attributed to modesty, one of the core values of the Elsener family. “Modesty,” says the company’s CEO, “means family members should keep their feet on the ground and realise that the success of the company is attributable not only to key employees, but also to the entire team.”

Over the past three years, CEIBS’ Zurich Campus has offered more than 20 such EEPs and will continue to expand on this offer. So far, the demand for study tours to Europe has far outstripped supply. Demand is expected to remain robust as these programmes might also appeal to CEIBS AMP students or even the school’s alumni.

During these high-end study tours, students can participate in a flexible format alternating between experimentation, evaluation, and feedback. They have the opportunity to explore an unparalleled branding channel through the CEIBS Real Situation Learning Method (RSLM) and the opportunity to gain deeper insights into innovative European companies.