Time for China to roll out CDRs 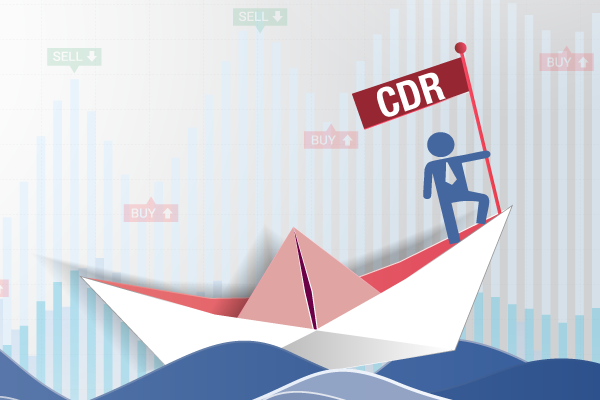 China Depository Receipts, which would make it a lot easier for Chinese stocks listed abroad to be traded by investors inside China, could be rolled out tomorrow because there are no major legal barriers to implementation.

Now that China’s annual political planning meetings are over, one of the action items that is hopefully at the top of legislators’ list is the rolling out of China Depository Receipts (CDRs). There have been reports that guidelines may be finalised in the second half of this year but hopefully the timetable can be advanced to push ahead with this fairly simple to implement mechanism that will make it a lot easier for Chinese stocks listed abroad to be traded by investors inside China. CDRs, which will allow for dual listing, could be rolled out tomorrow because there are no major legal barriers to implementation: there is no need to change securities or corporate law, or stock exchange regulations.

A CDR is basically a piece of paper (a receipt) that entitles the holder/owner to one or more shares of a foreign stock being held on his behalf at a depositary bank. Buying a CDR for one share in the MSCI-listed Alibaba from Bank of China, for example, gives the CDR holder all the same rights as a stockholder who bought one share from his broker in New York. It has always seemed irrational to me that some firms generate profits in the mainland but only overseas investors – or Chinese nationals willing to make a lot of effort – reap the dividends, as these firms are not locally listed. It is almost impossible for China’s domestic investors to buy US-listed stocks directly. CDRs would level the playing field.

In addition to being good news for local investors who would have much easier access to a wider pool of stocks in which to invest, CDRs would also be good for China’s unicorns. These are start-ups which, by their very nature, are typically high-potential but not yet profitable. So under current China Securities Regulatory Commission (CSCR) rules, which use realized profit as a benchmark, unicorns have a hard time listing on domestic markets. Making the stocks of these firms available through CDRs would mean increased demand – and a corresponding increase in share prices – as shares are snapped up by mainland investors who have long been eager to own them. Stockholders in the country where these unicorns are listed would also be happy as their stock would be worth more.

There are many other benefits to CDRs, which are the Chinese equivalent of American Depositary Receipts (ADRs) first rolled out by J.P. Morgan in 1927. That first step provided a way for Americans to invest in British department store Selfridges. Today there are more than 2,000 ADRs available, allowing Americans to invest in shares of companies located in over 70 countries. It is anticipated that CDRs will become just as popular because they make these types of cross border stock trades not just possible but easier. An investor simply goes through his local broker and trading is the same as for any other shares.

One limitation is that not all stocks will be available as CDRs. In the US, for example, at one point there were ADRs for Japanese company Toyota but not for Germany’s BMW. It will be interesting to see which Chinese firms open up their stocks to being traded as CDRs. My guess is that companies such as Alibaba, Tencent, Baidu, and JD will jump at the chance. I expect some firms, and many investors, will view this as a sort of quasi-listing of stocks in the mainland. That is technically incorrect. CDRs are simply a mechanism to facilitate trade in stocks listed abroad. In addition to the dual listing aspect of CDRs, there are mechanisms for shares to be issued but these would likely follow existing IPO regulations. The CSCR remains vigilant in its role of screening firms allowed to list, and this is understandable as a lot of those who dabble in China’s stock market are still uninformed individual investors who need protecting. The inclusion of China’s A-shares into the MSCI and the opportunities provided through Hong Kong Connect have pushed the percentage of institutional investors up to about 50% but the other half of the players simply do not have the capability to differentiate good companies from bad.

That being said, I anticipate that – in order to compete with Hong Kong and Singapore – China’s securities exchange will eventually relax its rules on IPOs for unicorns, allowing the market to self-regulate and intervening only when rules are clearly being violated. I anticipate that the IPO process itself will also speed up. But while we await those changes, CDRs would present a viable – and easy to implement – alternative.

This article was first published in Caixin Global on 3/28/18 under the headline "Time for China to Roll Out Depository Receipts".