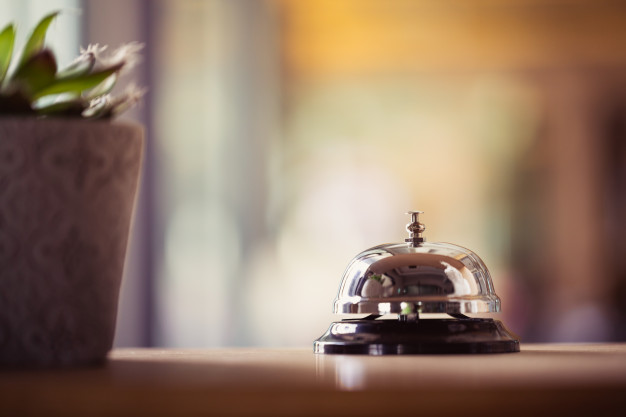 Although self-verification (i.e. the confirmation of oneself) is an important universal goal, recent research has demonstrated that individuals differ in the extent to which this motivation serves as a personal priority. Self-verification striving refers to a tendency of individuals to help others to see themselves as they do. Conceptually, high self-verifiers should be less inclined to disguise their feelings and more inclined to express their naturally felt emotions. However, even high self-verifiers sometimes need to express emotions that differ from their true feelings while they are on the job; that is, they need to engage in emotional labour (i.e. the process of managing feelings and emotional displays in response to organisational expectations). In addition, existing literature has shown that emotional labour significantly affects job satisfaction and performance. It is therefore important to ask how high self-verifiers adapt to organisational display rules differently from low self-verifiers, and to explore the mediating effects of emotional labour on the relationship between self-verification striving and job satisfaction and performance.

In order to learn more about these questions, we collected data from full-time supervisor–subordinate dyads working at six small-sized hotels (ranging from 33 to 68 full-time employees) in South Korea and who were in regular contact with customers. In response to a questionnaire, subordinates assessed their level of self-verification striving, types of emotional labour and job satisfaction, while the supervisors assessed subordinate job performance.

People seek to self-verify, in part, to reinforce their perception that the world is coherent, predictable and controllable. According to self-verification theorist William B. Swann, individuals try to reduce environmental ambiguity by striving to bring others’ perceptions into harmony with their self-image. As it is quite difficult to maintain an inauthentic self over long periods of time and in a variety of situations, acting authentically in work settings may be more advantageous than acting inauthentically. Nevertheless, not all employees are driven to engage in self-verifying behaviours. Those pretending to be someone else at work, however, may experience identity conflict, depleting the number of resources available to perform their jobs and thereby negatively impacting job performance.

In setting out to conduct our research, we also expected that the extent to which employees self-verify would impact their job satisfaction. A match between others’ expectations and one’s behaviour increases interpersonal trust and attraction. Accordingly, employees who engage in self-verification may be more satisfied with their work relationships, which positively relates to overall job satisfaction.

Some jobs (e.g. customer service) demand the adherence of employees to display rule requirements. In other words, employees are sometimes expected to engage in emotional labour by feigning unfelt feelings in an effort to regulate their emotions. For example, employees may be expected to conceal their negative emotions when talking to customers to protect the image of the organisation. As identified by American sociologist Arlie Russell Hochschild, people can disguise what they feel and pretend to feel what they do not, a type of emotional labour called “surface acting”, or they can reappraise work events and modify their thoughts and feelings to make their expressions more genuine, known as “deep acting”.

The relationship between self-verification striving and emotional labour types

In particular, high self-verifiers tend to seek out organisations whose job requirements and emotional display rules are consistent with their self-image. However, employees may sometimes need to display emotions that are not naturally felt (e.g. cheerfully greeting customers despite experiencing negative emotions such as sadness and anger). This is particularly true in hospitality occupations where emotional displays are tightly scripted. In situations where high self-verifiers need to display emotions that differ from what they feel, we predicted that they will choose to engage in deep rather than surface acting, and that they will do so for several reasons: First, high self-verifiers are more at ease when their internal experiences and external expressions are consonant. This led us to believe that they will seek to feel – rather than fake – the emotions that they are expected to display. Second, high self-verifiers may choose to deep act rather than surface act because of their drive to help others to understand them as they understand themselves. Although both deep acting and surface acting entail some deviation from what employees initially feel, changing how one feels rather than faking it seems more in line with the motivation to help others to see us as we truly are.

Prior to conducting our questionnaire, we expected that surface acting would decrease job satisfaction, as employees engaging in such behaviour may view their jobs as forcing them to engage in emotional faking. That said, surface acting does not unilaterally translate into poor job performance, since surface actors are simply displaying emotions required to get their job done effectively.

In contrast with surface acting, we also expected that deep acting would be more positively related to performance outcomes. One reason for the observed positive associations between deep acting and job performance may be that deep actors are more likely to conform to what their employer values by adjusting their beliefs and emotions. Once this attitudinal and behavioural shift occurs, deep acting employees should need fewer cognitive resources to enact organisationally preferred behaviours which, in turn, positively relates to job performance and satisfaction.

What the results of our questionnaire revealed is that self-verification striving was significantly related to job performance, but, surprisingly, was not significantly related to job satisfaction. Furthermore, self-verification striving was positively related to job performance through deep acting and to job satisfaction through the expression of naturally felt emotions. Stated alternatively, self-verifying employees reported being happier if they were allowed to show their true emotions. They also perform better when they let others know who they truly are, even if this means changing their emotions to accommodate external rules. As such, we believe that hospitality organisations should encourage employees to bring their whole selves to work and to adopt emotional display rules as their own or reveal their true emotions as appropriate. If leaders are able to clarify the behavioural expectations of the job while simultaneously supporting employees to be open and authentic, then employees may be both happier and better performers.

Our study also revealed that deep acting was the primary emotional labour tactic underlying the link between self-verification striving and employee performance. Employees in the hospitality industry must ensure that guests receive attentive service. Employees who cultivate the necessary emotions for the effective delivery of customer service are likely to be evaluated by their supervisors as effective workers. Our results imply that organisations should provide training programmes to help their customer service employees understand the differences between surface and deep acting, as well as to teach them how to implement deep acting through helpful self-talk.

Finally, our study showed that the expression of naturally felt emotions positively relates to job satisfaction. This finding suggests that supervisors should not reflexively discourage employees from expressing their naturally felt emotions. If employees’ emotions match display rules, then the expression of naturally felt emotions can lead to authentic positive affective displays and may subsequently increase customer service ratings. On the other hand, if employees’ feelings do not match display rules, then supervisors might encourage them to express their naturally felt emotions in a professional manner rather than simply suppressing them. In practice, however, this may prove to be challenging in a culture or industry where customers are always right and service must always be provided with a smile. We suspect that, all else being equal, employers who permit employees to be authentically connected to their customers rather than simply pressuring them to provide “service with a smile” will have happier and more productive employees.