Outlook for the Chinese Economy in the Post-Pandemic Era 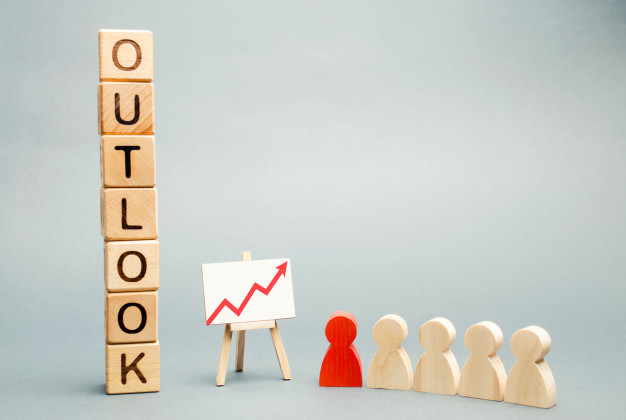 The period from 1980 to 2008 was really a good time. Of course, there were some moments of negative shocks but, overall, those years were fantastic in terms of the global economy. In large part, this was due to the fact that almost all countries in the world adopted globalisation and liberalisation.

In 1980, the US economy was already quite liberal, but then-President Ronald Reagan pushed the country towards even greater liberalisation. British Prime Minister Margaret Thatcher also implemented a lot of policies towards liberalisation in the UK. Of course, in China, Deng Xiaoping started the economic reform and opening up era in 1978 and many other countries followed suit.

Unfortunately, this golden era came to an end with the 2008-2009 global financial crisis. Then, this year, the whole world suffered the COVID-19 pandemic. This outbreak has sped up the transformation of the global economy, and pushed it further away from globalisation and liberalisation.

What was it about globalisation and liberalisation that brought economic prosperity to China and the world? In a word, efficiency. Economics and capitalism are about seeking maximum profit for companies by seeking maximum economic efficiency by minimising costs to maximising profits.

There are two ways to maximise economic efficiency. One way is to let the market to serve as the main force for allocating resources. All countries, however, have governments. When you have a government, you have a public sector. When you have a public sector, you have certain areas where resource allocation is not driven by the market. In the 20 years of liberalisation before 2008, almost all countries engaged in privatisation and deregulation – i.e., they converted the public sector into the private sector (privatisation) and decreased the rules, laws and regulations on market forces and company operations (deregulation). In this way, they greatly increased economic efficiency.

A second way to increase economic efficiency, however, is to allocate resources globally. In order to do this, you seek the lowest cost place to manufacture products not just in your own country, but in the whole world. That is globalisation and that is also trade liberalisation. It is about multinational corporations outsourcing a lot of components to low-income countries.

Reform and opening up

People talk a lot about the secret of the Chinese economic miracle during the first 30 years of reform and opening up, but there is no secret. The secret was to adopt two things: One was allow the market to allocate more resources through privatisation. The second secret was to participate in globalisation.

China also attracted a lot of foreign direct investment and was (and is) very abundant in labour. As a result, it is able to produce more and more goods. But, Chinese people also save a lot. So, who consumes these goods? After all, the more you save, the less you consume. You cannot have both high savings and high domestic consumption. It is just not logically possible. Hence, in order for the Chinese economic growth miracle to actually happen, China needed to find other consumers for its goods.

China was lucky enough that, during this period of reform and opening up, there was massive external demand for the goods that the Chinese economy produced. In short, this was due to globalisation. At the same time, China learned how to produce more sophisticated goods. It started with labour-intensive goods – like toys and the textiles – then moved on to more complicated goods, machinery, and so on to become the factory of the world.

The end of the second wave of globalisation

The wave of globalisation which China caught was by no means the first in human history. In fact, the first wave started in the 1820s, lasted about 100 years, and included rapid increases in trade, international capital movement and even migration. However, it also ended in tragedy with two world wars and a devastating economic recession.

Now, when we talk about the second globalising wave, it seems it has already ended. Why was this inevitable? In addition to creating huge inequalities in wealth, there are three main reasons:

Finally, between 1988 and 2008, the richest 2% of people in the world saw their income grow at a rate of 60% (three times the global average). This attracted a lot of attention to globalisation and this attention was something which could be manipulated by politicians to channel anger against it. As Karl Marx said, you run this capitalist machine and the people who are underprivileged get short changed until they cannot tolerate it anymore, then they fight.

Regional concentration and the post-COVID-19 era

The post-COVID-19 pandemic era will emphasise not only efficiency but also safety – i.e., businesses will not only seek to maximise profit, but also to minimise risk. Moreover, in some areas – especially ones which are fighting grounds for China and the US – it will be safety over efficiency.

Imagine a model with three blocs – one centred on the US, one centred on the EU, and one centred on China. Now, imagine a multinational enterprise making decisions regarding the global allocation of its production. Specifically, where should the firm allocate its production? In the past, the decision was very simple. Businesses would use a mathematical model to determine how to maximise profits, factoring in production, transportation, tariffs and others cost – i.e., they would seek economic efficiency. In this new three-bloc model, however, companies need to consider not only efficiency, they also need to consider risk.

In fact, we are already seeing signs of this new era. In the past five years or so, the US has turned very much inwards. More recently, Chinese policymakers have proposed a new concept called ‘dual circulation’ (which we will discuss in more detail below). But, if you have already benefited from globalisation and your economy is already integrated into the global economy, how can you become completely self-reliant? It is impossible.

Instead, I believe the middle ground is likely to be greater regional concentration of economic activities. In North America, we see this in the recently renegotiated US-Mexico-Canada (USMCA) trade pact; in Southeast Asia, in the ASEAN 10; and in Europe, in the EU. There are also platforms such as the Japan-led Comprehensive and Progressive Agreement for Trans-Pacific Partnership (CPTPP) (replacing the previously US-backed TPP); the Regional Comprehensive Economic Partnership (RCEP), led by China; and the TTIP trade agreement between the US and the EU. The question now becomes, how will these regional partnerships be organised and will China find itself excluded from future regionalism building?

In order for internal circulation to work, you need demand. Now, what is the most critical thing that has helped China achieve such rapid economic growth in the past 30 years? Global demand. China has produced items and then sold them to the rest of the world. With internal circulation, however, you forego global demand and rely instead on domestic demand.

There are two main components of domestic demand: consumption demand and investment demand. So, what makes people willing and able to consume? The critical thing is income – or, more accurately, their current income and their expected future income. However, you have to realise that consumption is just one side of the coin. On the other side is saving. If you have more consumption, you now have less saving. In turn, less saving means less investment and less investment means lower long term GDP growth.

Digging a little bit deeper into consumption demand, there are three facts you should consider:

Ultimately, for internal circulation in China to work, you need consumption. For consumption to play a big role, you need to overcome the Chinese characteristic of high savings, you need more income equality, and you need to have smaller government to give people more disposable income. If you do all this, then the internal circulation may work. If you do not do all this, however, I leave it to you to think about the answer to that question.

Xu Bin is Associate Dean (Research) and a Professor of Economics and Finance at CEIBS. For more on Professor Xu’s teaching and research interests, please visit his faculty profile here.