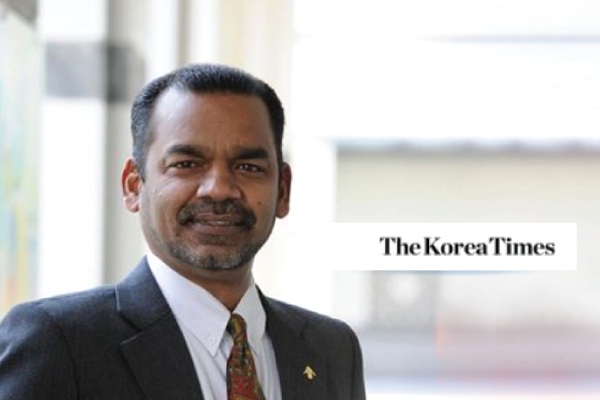 The global economy is expected to recover from the COVID-19 pandemic-led economic recession faster than expected as China, the epicenter of the virus, is showing slow yet clear signs of a recovery with its production capacity picking up, a noted Shanghai-based economist said Monday.

While the global pandemic clearly illustrates how the world's economy remains vulnerable to a China-centered supply chain, no major restructuring is expected any time soon due to the lack of a cost-efficient alternative, he added.

China said March 30 (local time) that its official Purchasing Managers' Index (PMI) for March was 52, a sharp turnaround from the record low of 35.7 a month earlier. The figure largely beat market expectations that its economy would suffer a prolonged contraction due to the virus.

In his view, the most important concern is confidence. "Once confidence returns, growth will happen and debt can be brought under control," he said.

Slump may not last long

The World Bank projects that many Asian countries will see their economies contract in 2020. Many economists are comparing the current state of the economy to World War II, not the 2008 financial crisis.

While Ramasamy believes the magnitude might be comparable to the economic slump that occurred from 1939 through 1945 during World War II, the length will be much shorter, given the temporary nature of production halts with manufacturing facilities remaining intact.

"I do not think that this downturn will last as long as WWII. Also, this pandemic is in no way reducing our production capacities. Unlike WWII, our factories are still standing. So, it is likely that recovery will be quick," he said.

The question therefore is when the recovery will take place.

"This would depend on how long we bring this disease under control, for example, when we find a cure that would be able to cure affected patients with a certain degree of success."

Calls are growing for many economies around the world to diversify their trading partners.

These are intensifying, especially since COVID-19 ― in addition to the drawn-out U.S.-China feud ― laid bare how highly vulnerable the global economy remains to the disruption of a China-centered global supply chain.

While many companies have realized that an over-reliance on China can be costly, it is, the China economy expert believes, less so than maintaining domestic supply chains.

"I expect supply chains to be redesigned, but I do not expect the idea of offshoring to be taken out completely. A rational manager would ensure that important components are sourced from more than one location, with a certain degree of locally produced components as well, if possible."

With expertise on Asian economies and international business strategy, Ramasamy considers the pandemic a "black swan event," an unpredictable event that is beyond what is normally expected in a given situation and one that has potentially severe consequences.

"While certain precautionary plans should exist, these would only come into place under extreme circumstances. We must understand that an inefficient supply chain raises the cost for business which could result in higher inflation at the economy-wide level."

Korea, which relies on a significant part of supply chains from China, may seek diversification into other markets such as Southeast Asia. But he stressed that no country in the world has the capacity of China.

"In my opinion, a complete diversion away from China is not only impossible, but it would be irrational."

China has not opened its market to foreigners, so a crisis stemming from a shortage of foreign currency ― mostly the U.S. dollar ― might not be that much of a risk.

Yet, the country's corporate debt, which is well over 150 percent of the country's GDP has long been considered a cause for concern.

Ramasamy, however, views otherwise, given that the large corporate debt is mainly held by local businesses and in the Chinese currency, the yuan. Plus, part of it involves state-owned enterprises which he views will receive government help in times of crisis.

"I do not think that a debt crisis per se is likely in China. They will surely get government assistance if such a crisis does happen."

Of most importance is to ensure that the "right" companies, with robust financials and good growth potential, be saved, given the virus-induced fallout including failure to make debt payments is not a fault of their own.

"A sudden drop in demand will affect all companies, no matter how strong they are financially, especially when it is totally unexpected. If the repayment of debt is not assisted in some way, the recession will only last deeper and longer."

A broad-based social benefit program is paramount to helping the most vulnerable bounce back from the current predicament, because the risk will come not from relatively healthy banks but from small- and medium-sized enterprises, the backbone of the economy, he noted.

"Social stability has to be maintained at all costs. Otherwise, it will be an economic crisis with high levels of unemployment. Failing to do this will entail imminent political and social unrest."

Article reproduced with kind permission from the Korea Times.

Dr. Bala Ramasamy is Professor of Economics and Associate Dean at CEIBS. For more on his teaching and research interests, please visit his faculty profile.