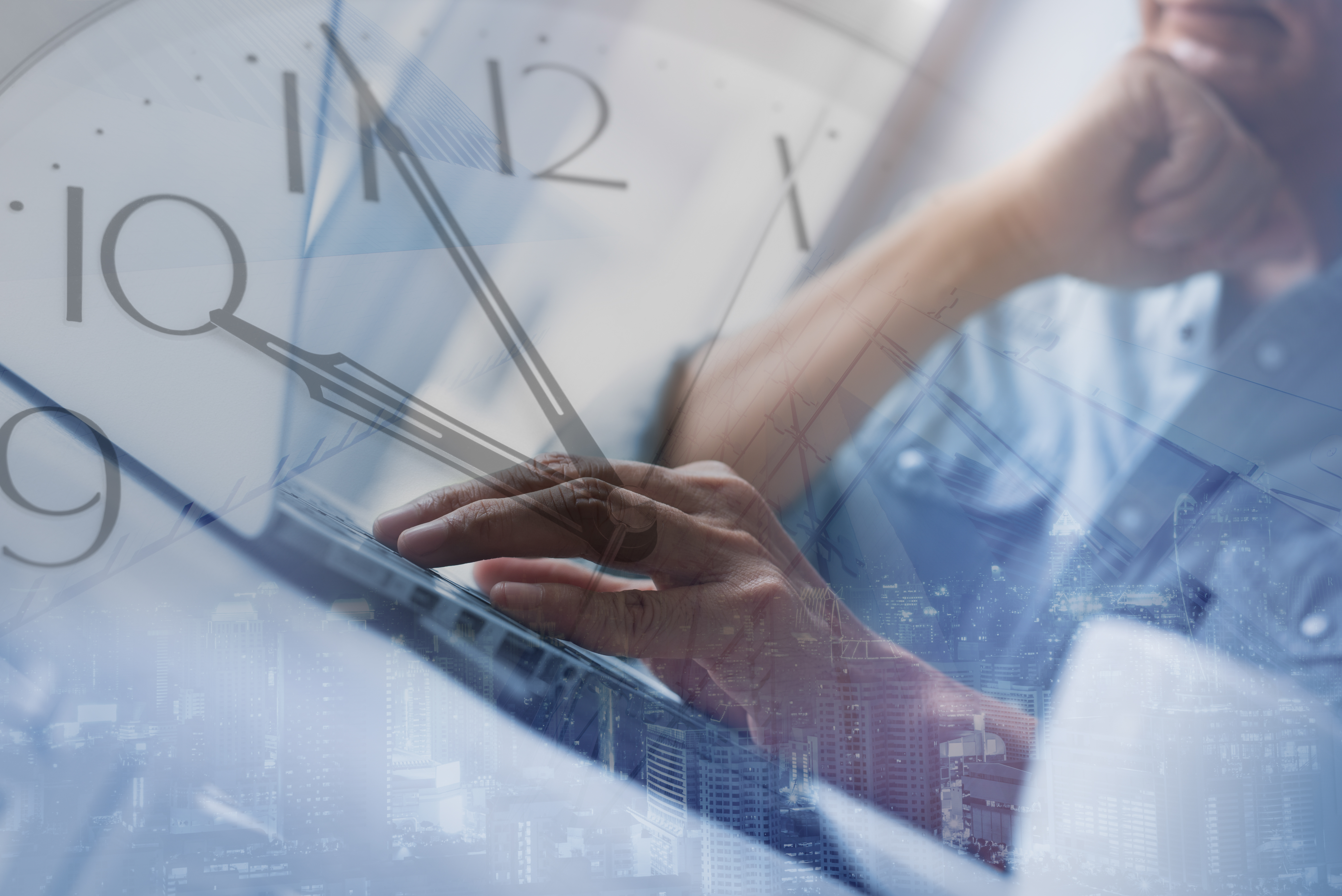 The ongoing COVID-19 outbreak has been ferocious and has dealt a tremendous blow to all aspects of Chinese society. How should we tackle the short-term negative effects and medium- and long-term uncertainties caused by this outbreak? In my view, the best approach is to be proactive in both addressing the symptoms and identifying and removing the root causes of the uncertainties.

Recently, China’s central and local governments have rolled out a series of new policies. These include Shanghai’s 28 comprehensive initiatives, including increased financial and tax support for key enterprises to drive epidemic prevention; reduced rents for enterprises; tax breaks for enterprises and individuals; tax exemptions for the self-employed; and medical insurance rate cuts. All of these measures are crucial and timely, and may even be life-saving for epidemic-affected firms.

Financial support, however, can only serve as a temporary measure. As soon as the epidemic is over, China’s economy will likely continue to grow. Thus, we need to study the medium- and long-term impacts of events such as the Sino-US trade war and the COVID-19 outbreak which have triggered a reassessment of the future of the country’s economy both at home and abroad.

If we fail to handle the outbreak appropriately, short-term developments may result in far-reaching negative consequences – and this is not alarmist talk.

Just as every family may have members suddenly fall ill, a country can experience unexpected emergencies. In 2018, China experienced “Trump Shock.” Now, just as that is receding, the country has been hit by the coronavirus outbreak.

Readers who have studied macroeconomics know that the direct impact of such shocks is typically a deviation of a country’s short-term GDP level from its long-term GDP trend line, leading to what is known as the "business cycle."

An economic downturn caused by negative shocks can generally be hedged by fiscal and monetary policies, which is exactly what the Chinese government and central bank are doing. But what is more important to China’s economy is the long-term GDP trend.

As such, we need to ask ourselves, what toll will the Sino-US trade war and the epidemic have on the long-term growth of China’s economy? And, how should we respond to reduce the long-term negative impact?

The economic history reminds us that strong government action – the policies adopted by the Soviet Union as well as Western countries during the war, for example – can be effective in the face of crisis. Wartime policies, however, are inefficient during peacetime.

Then, what policies should we adopt during peacetime? A book entitled Calling for a Market Economy Governed by Rule of Law by renowned economist Wu Jinglian gives us the answer: A market economy with rule of law. The answer can be derived from three sequential questions. First, what is key to a country’s long-term economic growth? The answer is efficiency which comes mainly from innovation. Second, what drives innovation? The answer is incentives to innovate. Third, what incentivises people to innovate? The answer is the rewards innovators derive from their innovations. Only market economies can provide the incentives for innovation, and only the rule of law can provide the protection of the rights of the innovators. Therefore, the fundamental solution for achieving sustainable economic growth lies in promoting a law-based market economy.

China has economies of scale, economies of scope and economies of speed which strongly appeal to local and foreign companies. As long as foreign investors expect to make more money in China than in other countries, they won’t change their long-term decisions despite short-term shocks like the Sino-US trade war or the COVID-19 epidemic.

However, if they conclude from a reassessment of the future direction of China’s economy that the days of making money here are over, they will decide to leave. When we see some foreign companies leaving this country, we may think it’s because of the trade war or the epidemic outbreak, but that masks the truth. What makes them leave is a loss of confidence in the medium- and long-term trajectory of China’s economic growth.

Therefore, while we address the symptoms, we also need to tackle the root causes of the problems. Faced with the current epidemic, we should think more about what reassurances are necessary to build confidence in the lasting attractiveness of the Chinese economy.

Currently, China’s economy is in the middle-income stage and needs to rely more on high-quality growth driven by technological innovation. In the past decade, although the country’s economic growth has slowed year-on-year, its research and development (R&D) spending have grown rapidly, now surpassing the European Union as the second-largest in the world after the United States.

Taking a closer look, we find that China’s technological innovation, especially its commercial application, is mainly led by large private enterprises such as Huawei, Alibaba, Tencent and Baidu. Research shows that innovation efficiency is significantly higher at private enterprises than at state-owned enterprises. As long as the Chinese economy continues to see companies, especially the private ones, innovate, the impact of negative shocks such as the trade war and the epidemic will not be a long-term concern.

When it comes to temporary shocks to an economy, demand-side policies (e.g. expansionary fiscal and monetary policies) can be used to mitigate the pains. However, such policies are not for the long-term health of the economy, which requires improvement on the supply side. In recent years China has implemented supply-side policies addressing some of the structural distortions resulted from over-stimulus in the past, such as overcapacity and high leverage.  While these policies are warranted, they are implemented in a one-size-fits-all way, which has resulted in the excessive weight of austerity for many private enterprises.

In response to the impact of the trade war and epidemic, it is likely that the austerity policies will ease, with greater tolerance allowed for capacity and leverage. I want to emphasise that any relaxation of policy should aim to help rather than hurt private enterprises, especially the ones that are making effort to innovate.

Guarding market with rule of law

In addition to providing short-term rescue, it is important for the government to show its determination to push forward deep structural reforms, building a market economy governed by the rule of law. Taking the successful story of China’s economy over the past four decades as a reference, improving market dynamism can result in huge economic gains, but at the same time can lead to side effects such as corruption and income inequality. Therefore, opening up the market is not enough. Instead, strengthening the rule of law and improving governance is also of vital importance.

Crisis not only creates risks but also opportunities. The COVID-19 epidemic is taking a heavy toll on the Chinese economy and has exposed a number of deep-seated problems. This is a golden opportunity for us to gain a deeper understanding of these problems and work on long-term reforms. Hence, we should not only focus on short-term epidemic prevention and economic recovery, but also discuss and address these complicated deep problems in a timely manner, face the shortcomings of the current system directly, and showcase China’s determination to deepen institutional reforms.

The Sino-US trade war and the epidemic also provide rare opportunities for China to transform its economy. While it is true that some of the negative shocks will accelerate the migration of the global manufacturing supply chain and hit Chinese companies very hard, we also need to recognise that even without the trade war or the epidemic, China will lose its cost advantage in low- and middle-end manufacturing as its economy evolves.

The extent to which long-term economic growth can be unleashed depends on the degree of incentives individuals and companies receive, just like how the Chinese people’s entrepreneurship power has been unleashed since China started market reform in the 1980s.

Over the past two decades, China’s economy has witnessed the rapid development of digital services, many of which grew from small-size start-ups. China leads the world in e-commerce and logistics infrastructure, all providing crucial support to the current fight against the epidemic. The trade war and the epidemic pose mounting difficulties for the existing small and medium-sized private enterprises and the potential ones. Government policies should strive to provide more support to them. Saving these businesses will not only drive economic recovery this year, but strengthen the foundation of China’s long-term economic development.

This article originally appeared as an op-ed on CGTN’s website here.

Xu Bin is Associate Dean and a Professor of Finance and Economics at CEIBS. For more on his teaching and research interests, please visit his faculty profile here.