Behavioural Economics: Following in the Footsteps of a Nobel Laureate 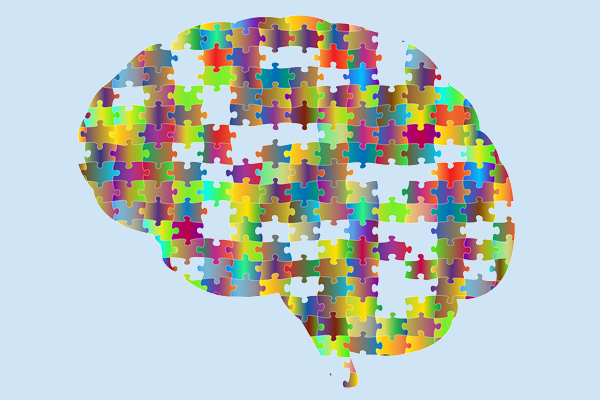 CEIBS Associate Professor of Finance Frank Yu earned his Ph.D. in Finance at the University of Chicago Graduate School of Business under the mentorship of Professor Richard Thaler, who was just named as the winner of the Nobel Prize in Economics in early October, 2017. Inspired by Thaler, one of Prof. Yu’s areas of research interest is behavioural finance. We recently sat down with him to find out more about this field, his work with Professor Thaler, and how it can be applied to our everyday lives, including China’s annual Single’s Day shopping holiday, which falls on November 11.

Can you give us a brief introduction to Professor Richard Thaler and his work?

Professor Thaler was my mentor at the University of Chicago when I was working on my PhD. I first discovered Behavioural Finance and Prof. Thaler’s research while I was an undergraduate student at another university in 1997. It immediately caught my interest and I went to Chicago to meet him; a year later I applied to study in his department, Behavioural Sciences.

Thaler has always been very relaxed and happy. Actually this isn’t easy, because the teachers at the University of Chicago are under a great deal of pressure; but I have rarely seen him upset or in low spirits. The 2002 Nobel Laureate in Economics Daniel Kahneman was Thaler’s Psychology professor and described him as lazy, in the sense that he is very selective with the topics he is working on, and also deliberate about not doing certain things, so he is more relaxed about the things he does do. He often encourages his students to do research in the areas that are of real interest to them. He has many hobbies, such as playing tennis, watching horse racing, football, basketball, and wine; he knows how to enjoy life.

In what areas do you think he most wanted his theory to be applied?

Thaler challenges economic research. What he wants most is for his academic findings to be applicable to ordinary people’s daily decision-making in areas such as personal investment and pension management.

Tell us about the work you did with Professor Thaler.

When Sweden began considering reforms to its pension system, the government provided us with the past 20 years of trade records for more than seven million people. Our mission was to analyse this data and provide recommendations for reform. If all goes well, there will be some major progress from our work by the end of this year. Prof. Thaler is also planning to mention the project in his Nobel Prize speech in December; this may be the first cooperation between CEIBS and a Nobel Laureate.

How does Professor Thaler's behavioural economics research relate to our daily life?

To understand behavioural economics, you need to ask yourself a few questions. Why do you always buy more things than you actually need during the annual Single’s Day shopping holiday on November 11? Why is it that you wouldn’t pick up a 50 mao coin you find on the road, but you regret missing out on opening a red envelope worth 50 mao on WeChat. Your stocks have dropped in value, but you are not willing to sell them, why? All these things relate to “mental accounting”, a theory in behavioural economics which was created by Thaler. Behavioural economics provides an explanation for many things we do subconsciously in our daily life.

The Nobel Committee’s announcement about the award helps to explain the significance of his work. The committee said, “By exploring the consequences of limited rationality, social preferences, and lack of self-control, he has shown how these human traits systematically affect individual decisions as well as market outcomes. Richard Thaler's contributions have built a bridge between the economic and psychological analyses of individual decision-making. His empirical findings and theoretical insights have been instrumental in creating the new and rapidly expanding field of behavioural economics, which has had a profound impact on many areas of economic research and policy.”

The rational person who is in pursuit of “optimal choice” and who would “maximise the benefits” of everything only exists in traditional economic theory. When facing optimisation problems, ordinary people do not make choices out of “rational expectations”; they make choices based on their prejudices.

Let’s look at some of the economic problems we often encounter in our daily lives, through the prism of the core concepts of Thaler’s theory: Mental Accounting, Transaction Utility and Nudge.

Some of your stocks have dropped in value but you’re not willing to sell them – why? You are planning to see a movie tonight after work, but as you are heading to the theatre you realise you lost an RMB100 note. Will you still go to the movies, thus spending another RMB100? Researchers found that most people would choose to stick to their plan to go to the movies. However, suppose you didn’t lose the money, but lost the RMB100 movie ticket. Would you spend RMB100 to buy another ticket? In this situation researchers found most people would not buy the second movie ticket.

Why do people behave differently even though in both scenarios they end up with a wallet that is RMB200 lighter?

This is what Thaler refers to as mental accounting in his seminal paper titled “Mental Accounting and Consumer Choice” which was published by Marketing Science in 1985. In the paper he points out that we put our wealth into different accounts in our minds, and each mental account has its own accounting methods and psychological rules.

People tend to focus on the narrow impact of one individual decision, rather than the cumulative effect of decisions overall. To the economist every dollar is the same, the hard-earned dollar is no different from one that you find on the street; both increase your wealth by one dollar. But in mental accounting, the money you earn is considered far more valuable than the money you find by chance.

This also explains why we consider money we get from opening a red envelope on WeChat to be earned rather than found. In the WeChat scenario, opening a red envelope from a promotion is like playing a game – if we open the red envelope before it expires, we feel like we have won the game when we get the money. This also explains why unexpected wealth is often more easy to squander on frivolous things, but monthly salary is taken seriously.

The same theory applies to stock market investments. Suppose an investor owns 10 different stocks at the same time. According to classic economic theory a rational person should care most about the aggregate value of the group of stocks, but in reality, most people worry about the value of each individual stock.

We treat the loss of book value and the actual loss from selling the stock differently, we put them into different mental accounts. Often, when a stock’s value falls dramatically investors reject the idea of selling it to reinvest the money in one with a better performance. Instead they usually prefer to hold it and wait for it to rise. If a stock falls from RMB40 to RMB20, investors only feel the lost book value, but once the stock is sold it becomes a real loss.

Traditional economics tells us “sunk costs are not costs” and therefore should not affect our further actions. However, in real life, sunk costs prevent us from taking further actions because of mental accounting.

Don’t be ashamed of buying extra things during the Single’s Day shopping holiday on November 11. Most of us have some clothes or shoes that we have never worn, but were seduced into buying solely because they were on sale.

But on the other hand, “transaction utility” has also been the reason for many commercial successes. Stores can set prices as high as possible, then use a “daily special offer” or “weekly discount” sales strategy to attract consumers, making them believe that shopping in the store is like getting things for free.

Why does your New Year’s resolution always end in failure? Why can you never stick to your workout plan?

Behavioural economics believes that humans lack self-control and are therefore apt to succumb to short-term temptation. This explains why most people are not able to stick to their New Year’s goals. Thaler uses the planner-implementer model to analyse the problem of self-control, providing a new solution – which he calls “nudging” – to this age-old problem.

“Nudging” does not force people to do things; it guides them to make the right decisions that will allow them to achieve their original goal. It is illustrated by an experiment Thaler created. A black fly has been painted inside each urinal in the men’s restrooms at Amsterdam’s Schiphol Airport. This was the idea of Kibum, the economist who was responsible for the airport’s expansion, after he observed that there was urine splashed everywhere in the men’s restroom. His idea was that if a man saw a black fly while he was urinating, he would most likely aim at it, thereby keeping the urine inside the urinal and minimise splashing. Since then the area around the urinals has been much cleaner.

Thaler believes that most people are inclined to learn from others. People are often affected by their surroundings: when many people perform the same behaviour or have the same idea, their behaviours or ideas will interact with each other; if you care about how you appear to others, you will try to behave in the same way as they do – you surrender to the outside pressure. Once we know the way people think or behave, we can design a variety of environments that provide options that will help them make the best choice for themselves, their families and society. Thaler’s contributions to this field cannot be overstated. His Nobel Prize is well deserved.