Are hand dryers better than paper towels for the environment? 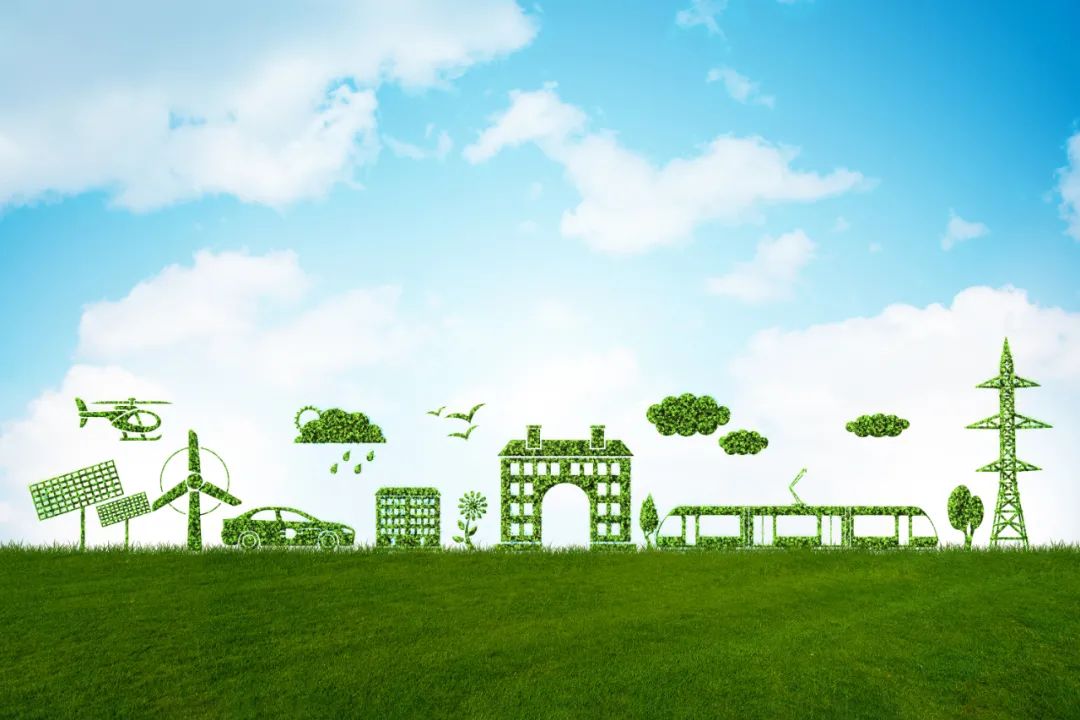 The recent UN Climate Change Conference (COP26) hosted in Glasgow, Scotland, was the first such conference following the Paris Agreement inked in 2015. In the run-up to the event, participants (especially developed countries) were urged to set bold targets and take more action against the climate crisis. As the world vows to do more for the environment, how can we assess which actions and methods are greener? And, how can companies and consumers work together to promote sustainable development?

Let’s start with a quiz: Air hand dryers versus paper towels, which are more environmentally friendly?

In 2017, the Materials Systems Laboratory at the Massachusetts Institute of Technology (MIT) published the results of an LCA study comparing the environmental impacts of seven types of hand-drying systems across six dimensions, including global warming potential (GWP), potential human health impact, ecosystem quality, cumulative energy demand (CED), water consumption, and land use. The results indicated that paper towels and standard warm air dryers performed more poorly than other systems in terms of environmental impact, while the new Airblade high-speed hand dryer had the lowest GWP of all the hand-drying systems examined. As our power grid gets greener, the environmental impact of high-speed hand dryers is expected be reduced even more.

However, this situation could be reversed: paper towels, for example, may shrink in size and become more absorbent and new paper-making technologies may significantly reduce their carbon footprint. Therefore, a systematic and dynamic view on human actions' environmental impacts is always necessary.

How can consumers access LCA information when making purchase decisions?

One increasingly popular solution has been to label products with their life cycle carbon footprint (or similar statistics), similar to the way food items list their ingredients and nutrition information on their packages. Allbirds, a footwear brand, for example, labels every item with its carbon footprint and publishes its calculation method on its website.

Relatedly, carbon emissions are commonly classified under three different scopes. As companies become more aware of the LCA concept, they have also come to understand the need to account not only for the direct and indirect emissions generated by their own business operations (scopes 1 and 2), but also for upstream and downstream emissions that occur as a result of product processing, transportation, and waste disposal (scope 3).

LCA has also been used by companies to develop new products

In 2003, consumer products giant Procter & Gamble published an energy consumption report for all its products based on the LCA method.

This result led P&G to launch a cold-water detergent containing different enzymes and surfactants that could be activated in cold temperatures. At almost the same price as traditional detergent, the product seemed a “triple win” that could benefit the business, the consumers, and the environment.

Nevertheless, a 2011 New York Times article entitled Cold-Water Detergents Get a Cold Shoulder, offered a different story. Tide Coldwater, by then the best-selling cold-water detergent, accounted for $150 million in sales in the United States and $60 million in Canada. By comparison, regular Tide had well over $1 billion a year in sales in the US alone.

Why did cold-water detergents get the cold shoulder?

As it turns out, the reasons are two-fold: First, from the perspective of consumers, it is generally believed that heated water is necessary for effective cleaning. And, second, when a new, greener product is introduced to the market, consumer purchase decisions are primarily driven by function, price, and design – well before environmental factors are considered.

In order to shift consumer habits towards more sustainable options, four psychological barriers that hinder pro-environmental change should be noted:

Discounting the value of future rewards (also known as “temporal discounting”). Psychologically, people tend to perceive a desired result in the future as less valuable than one in the present. Consumers may judge a future environmental payoff to be distant, and thus less motivated to take actions in the present.

Status quo bias. People often take the current baseline (or status quo) as a reference point, and any change from that baseline is perceived as a loss. Greener options and required behavioural changes can therefore be deemed “inconvenient” as people tend to prefer things as they presently are.

Public goods dilemma. Environmental protection benefits the public and requires collective actions. Some individuals may think one person’s action will not make a real difference. In such cases, they may as well do nothing and leave the cause to people who are more passionate about it. The result is a lack of joint effort from the public.

Green-feminine stereotype. Studies show that the perceived “femininity of green actions” can make many men feel unmanly and affect how they are perceived by others.

What do these cognitive biases say about making businesses more sustainable?

One mistake many companies tend to make is marketing how “green” a new product is without taking into consideration the psychological factors that drive (or deter) people’s decisions. When purchasing a new product, consumers are looking for functionality and the satisfaction they receive from purchasing something new. Companies may be better off if they can tailor their sales pitches to serve consumers’ psychology, making “green” an internalised attribute rather than the headline.

Furthermore, governments and institutions who want to pursue sustainable development can leverage the following behavioural psychologies to effectively drive the public towards greener activities:

Immediate feedback. Immediate feedback is one solution to temporal discounting. When the benefits of pro-environment behaviours are deemed distant, people are less willing to take action. However, instant feedback can motivate people to act.

Certain schools in Hong Kong, for example, have installed smart water refill stations. These water dispensers come with an interactive screen. Every time a student brings their own bottle and uses the refill station, the screen will display the number of plastic bottles saved. This real-time user engagement has greatly encouraged a bring-your-own-bottle culture amongst students.

Visualisations. Visuals can make the vague, distant future tangible, helping people see the concrete impact of individual behaviours. A US university, for example, once experimented with an information visualisation system in student dorms. Real-time energy usage data was displayed in the form of an animated polar bear. When electricity use was low, the bear was happy; when electricity use was high, the bear became endangered.

The system had a great impact on students’ attitudes and behaviours. The engaging animation of a polar bear reminded the students of the real environmental impact of their energy usage. As a result, they were more motivated to change their behaviour and save energy.

Masculinity in branding. Tactics can be used to encourage actions from men. In one experiment, respondents were asked to donate to two made-up charities: one was called “Wilderness Rangers,” with a masculine, black-and-dark blue logo featuring a howling wolf, and the other was called “Friends of Nature,” with a traditional logo of green and light tan colours featuring a tree. While female respondents didn’t show a clear preference between the two, men were more likely to donate to the first one. This experiment suggests that logo design and the name of a brand can shape consumer perceptions. Corporations can adapt their branding to increase their appeal amongst certain consumer segments.

What can humans learn from other species?

A classic attempt to explain the relationship between human activities and our impact on the environment is the IPAT equation, which maintains the idea that environmental impact (I) is the product of three factors: population (P), affluence (A) and technology (T).

The “T” here refers not only to scientific technology but also to innovation in business models and processes. For companies fulfilling their social responsibilities, an innovative business model could have the greatest impact on the environment.

Let’s take Japan’s Shinkansen train as an example. The Shinkansen is known for its speed. In the 1980s, the train reached speeds of over 270km per hour. These “bullet trains” would create an explosive bang as they blasted out of a tunnel, as if a bullet were being fired out of a shotgun. The phenomenon was created by the train forcing air along the enclosed tunnel. The bullet-shaped nose of the train was unable to “slice through” the air, meaning the train was travelling against significant air resistance. When the train finally reached the end of the tunnel, the pressurized air was released in the form of a sonic boom.

Engineer Eiji Nakatsu stumbled across a solution thanks to his love for birds. He noticed that kingfishers, with their long, narrow beaks, were able to slice through the air and dive into water to catch prey while barely making a splash. The bird’s beak steadily increased in diameter from the tip to the head, which helped reduce the impact when the bird hit the water.

Taking inspiration from the kingfisher, the West Japan Railway Company developed a new 500 series train, which was put into operation in 1997. The train’s steel “beak” solved the noise-pollution problem and was 10% faster yet 15% more energy efficient. The Shinkansen story is a vivid example of the application of biomimicry, a practice that involves learning from and mimicking strategies found in nature to solve human challenges.

There are three types of biomimicry:

Copying form and shape. This practice learns from and then replicates nature’s forms to create designs for the desired functions. An example would be highly-protective helmets designed by mimicking a woodpeckers’ skull.

Copying a process. This practice emulates a natural mechanism. For example, by studying the movement of schools of fish, California Institute of Technology (Caltech) biophysicists invented vertical-axis wind turbines that could more efficiently harness wind energy while taking up less space.

Mimicking at an ecosystem level. In a natural ecosystem, elements are continuously recycled and reutilised. The “circular economy” is inspired by the ecosystem.

Not long ago, the European Commission announced a series of proposals to address climate change. The EU has set an intermediate target of reducing greenhouse gas by at least 55% by 2030 compared to 1990 levels, in order to achieve net-zero emissions by 2050. To hit its ambitious targets, the EU is rolling out carbon reduction measures in areas of transport, industries, and trade: reforming the carbon emissions trading system (ETS), banning the sale of petrol and diesel vehicles in the EU from 2035, and introducing a proposed carbon tariff in 2026. The tax collected will be used as one of the financing sources for the EU recovery fund and be invested in green industries. These policies, once they become effective, will also have a huge impact on relevant industries in China.

The COP26 summit hosted in Glasgow in November and attended by delegates from around the globe, represents the world’s most recent collective effort to address the climate crisis. Experts have suggested that, however, even accounting for all of the target pledges made in Glasgow, limiting warming by 1.5˚C still seems unlikely.

A recent analysis predicted the Earth’s temperature will rise 2.4°C from pre-industrial levels by the end of the century. According to a new analysis by Climate Action Tracker (CAT), the global greenhouse gas emissions in 2030 will still be around twice as high as necessary for the 1.5°C limit.

To counter climate change, individuals and businesses can start by identifying the misconceptions and barriers inhibiting eco-friendly actions.

He Jinyu is a Professor of Strategy and the CSR/Sustainability Research Area Director at CEIBS. For more on his teaching and research interests, please visit his faculty profile here.