Glue or gasoline? Do inter-company links fan the flames of hyper-competition? 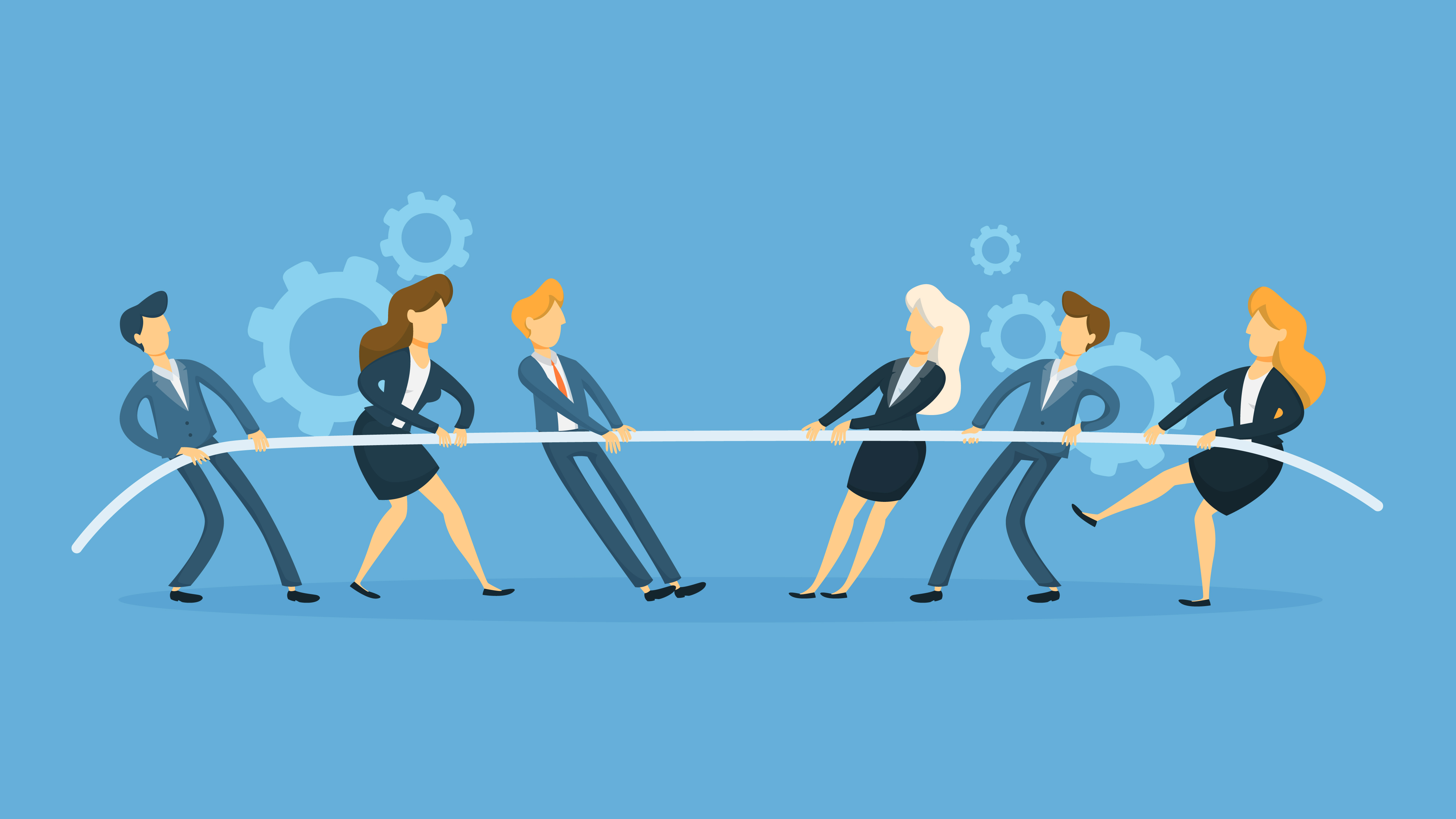 Competitive wars can be hugely destructive for the firms who engage in them (and their third-party partners). Most prior studies on the subject have focused on price wars – and what economic factors triggers them. However, little is understood about how social factors such as inter-organisational linkages influence these wars.

A recent study we have conducted sheds new light on this area by exploring how the social embeddedness of firms may either escalate or de-escalate competitive wars. Our study demonstrates that such connections between firms can actually do both.

Competitive wars are defined as a distinct form of hyper-aggressive competition between commercial rivals. Such a war is fought by participants across one or several markets in the hope that they can force their rivals to redraw the shape of the markets they are battling over, allowing them more favourable market share, or a prime position in an entirely new status hierarchy. This differs from the day-to-day commercial activities (minor adjustments of price levels, launching new marketing strategies, developing new products/services, etc.) that characterise ‘normal’ levels of competition. Due to the complex, interconnected nature of global commerce, competitive wars can easily spill over into other interconnected markets. This makes it increasingly important to understand the factors that trigger and spread competitive wars, given their vast destructive potential at the firm and industry levels.

Our results show that both direct linkages (i.e., strategic alliances) and indirect linkages (i.e., common ownership ties and common analyst ties) reduce the likelihood of competitive wars breaking out and function like glue that binds firms together. We also found that after wars begin, indirect linkages through common third parties may continue to have a similar ‘glue-like’ effect, reducing the likelihood of the war spilling over into the focal market. That said, we also found that, if a war does break out, direct linkages between firms may in fact facilitate the spillover of competitive wars, like pouring gasoline on a fire.

These findings have been drawn from our analysis of 4,086 competitive wars between US domestic airline companies in 2,066 geographic markets over a period of 20 years (1991-2010). Ours is a novel approach, since we drew on multimarket competition research to identify the spillover effects of competitive wars across markets, whereas traditional studies examine competitive wars largely as independent events limited to a single market. To the best of our knowledge, this is the first study that systematically examines the occurrence and spillover of competitive wars.

Our findings have several practical implications for firms considering the implications of their inter-organisational links, and how likely they are to be drawn into a competitive war. Firstly, prior research has tended to assume that cooperative relationships in the past will breed more cooperation in the future. However, our study found that once war breaks out, trust may turn into mistrust amongst partners, and consequently glue can be turned into gasoline, amplifying the chances of the war spilling over. Firms should be aware of this possibility, and carefully assess the strength of their strategic alliances before going to war with their rivals, or when preparing to defend against one.

Secondly, our study’s results support the widely held, but lightly explored, theory of mutual forbearance. This theory suggests that multimarket rivals are less likely to engage in competitive wars because they fear the prospect of cross-market retaliation. Our results support this: multimarket rivals warring in one market are likely to spread the war to other markets where they are present. Accordingly, any firm willing to go to war with a multimarket rival in one space should prepare themselves for battle across all markets where both sides are present.

Finally, our study highlights the crucial influence that third parties with ties of common ownership have as mediators in competitive wars. Our findings suggest that when competition escalates into catastrophic warfare, common ownership ties can help to prevent the situation from worsening, which is beneficial for all three sides, and the industry as a whole.

This article refers to a paper entitled, “Glue or Gasoline? The Role of Inter-Organizational Linkages in the Occurrence and Spillover of Competitive Wars” by Tieying Yu, Wei Guo, Javier Gimeno and Yu Zhang in the Academy of Management Journal here.