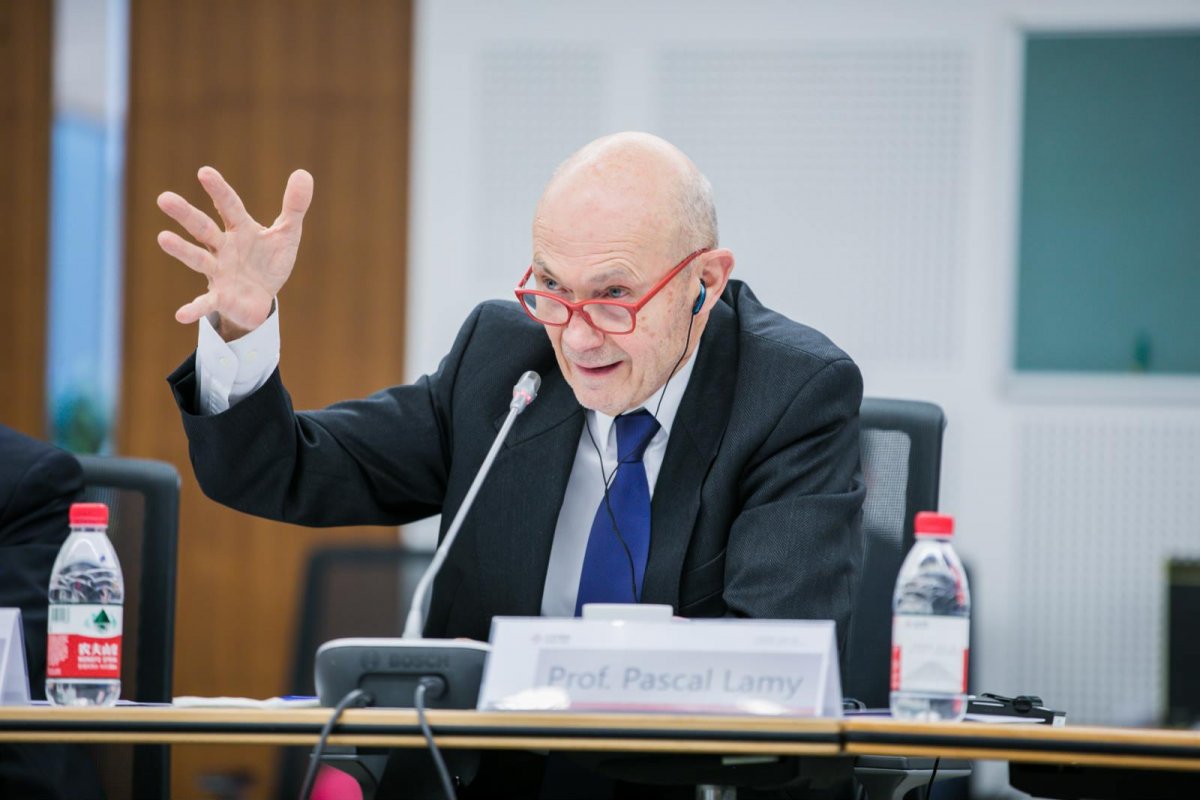 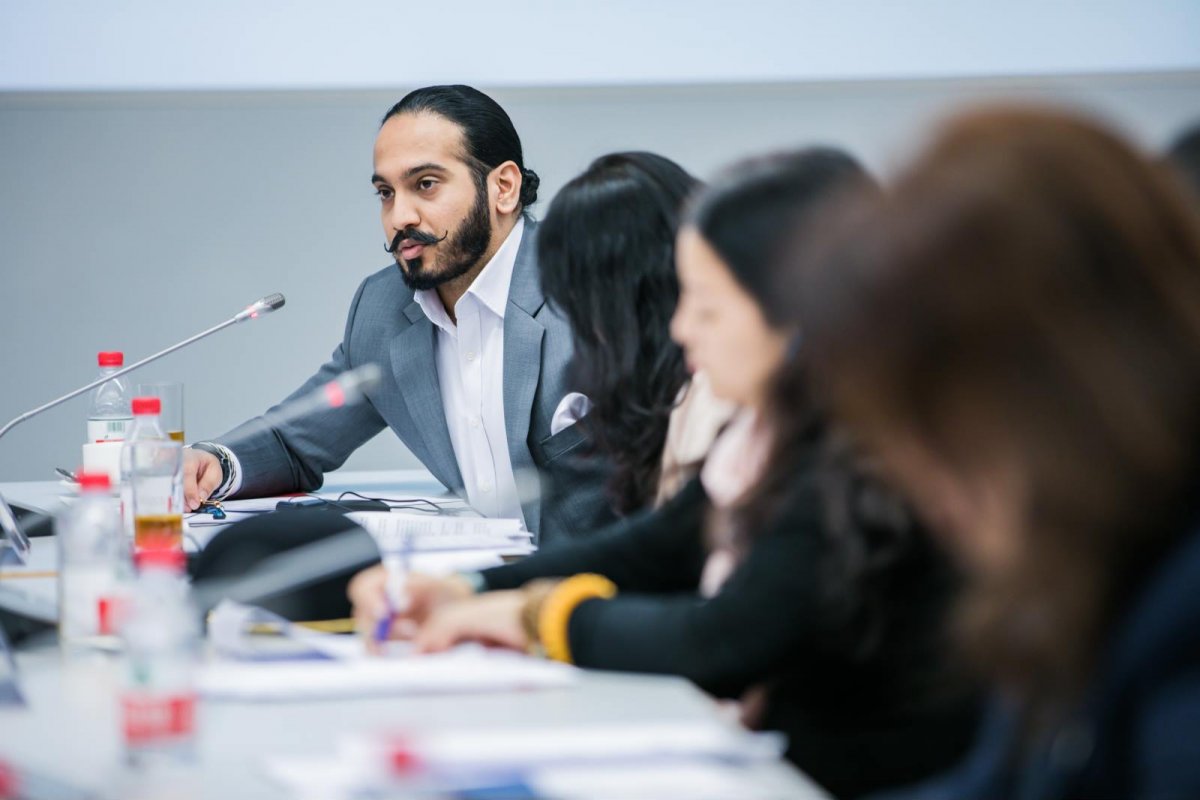 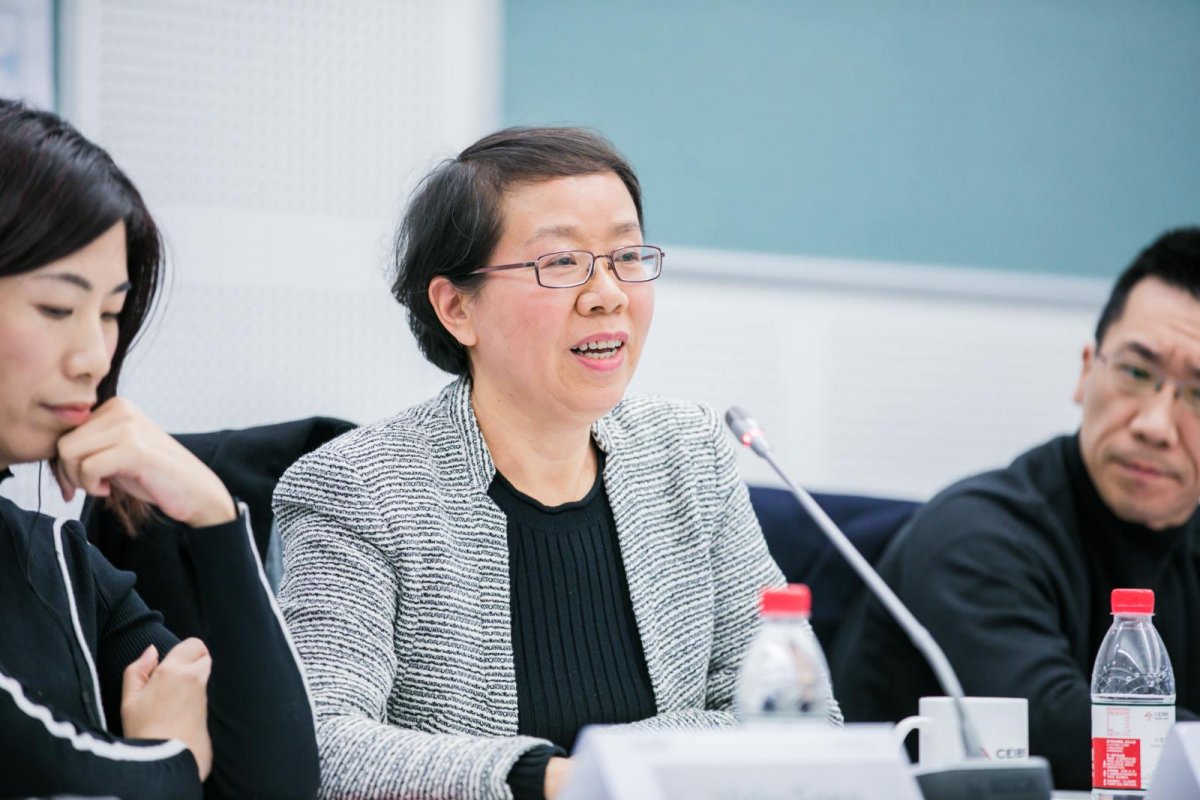 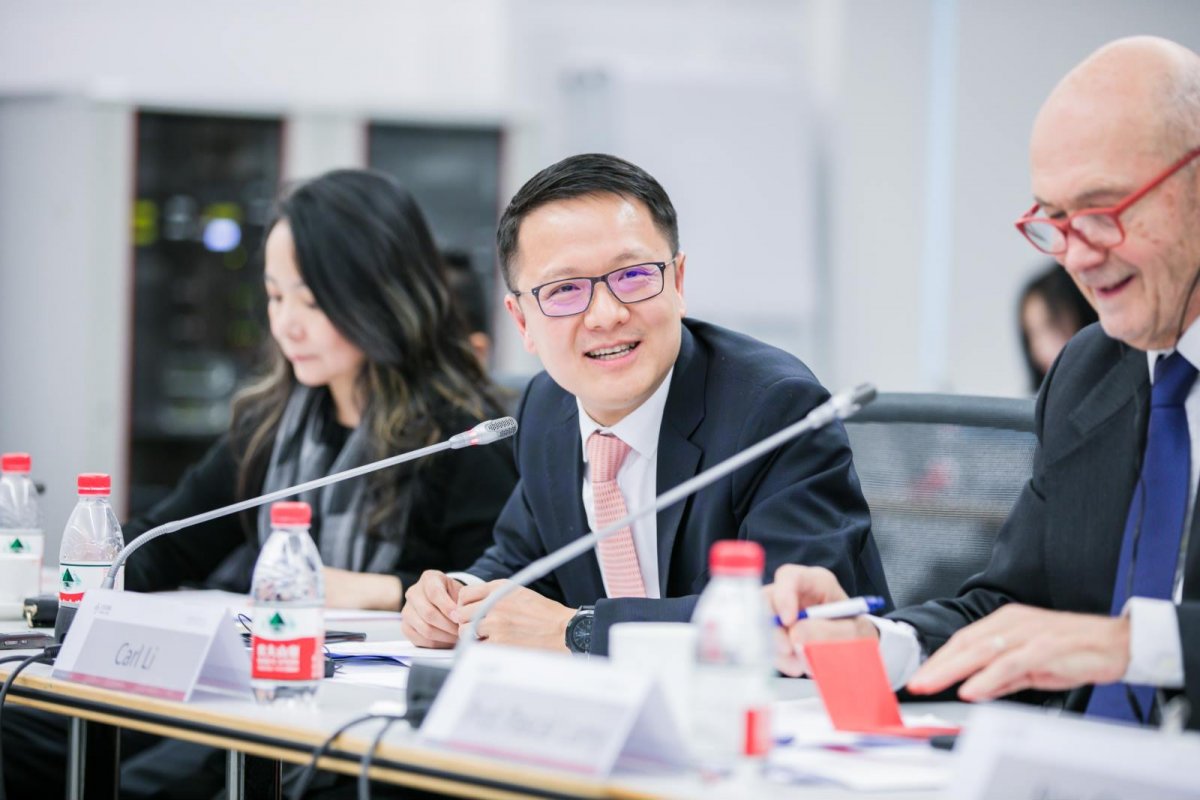 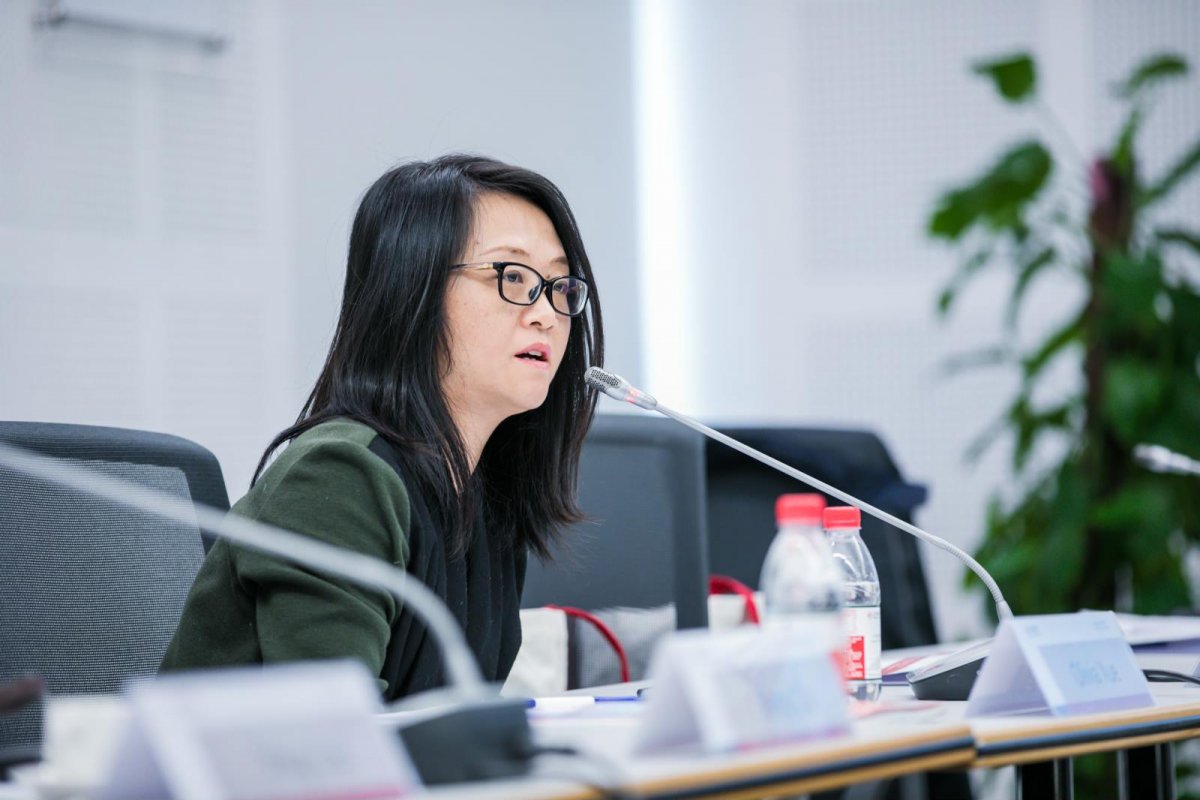 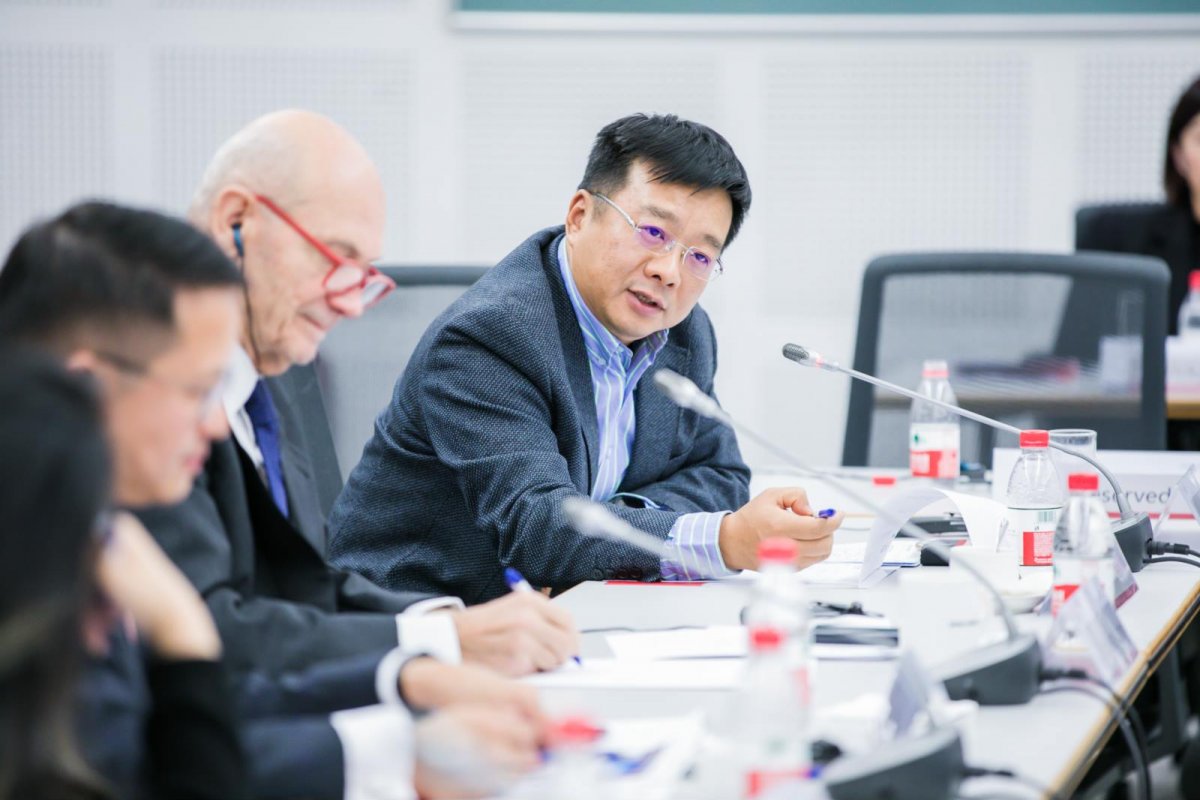 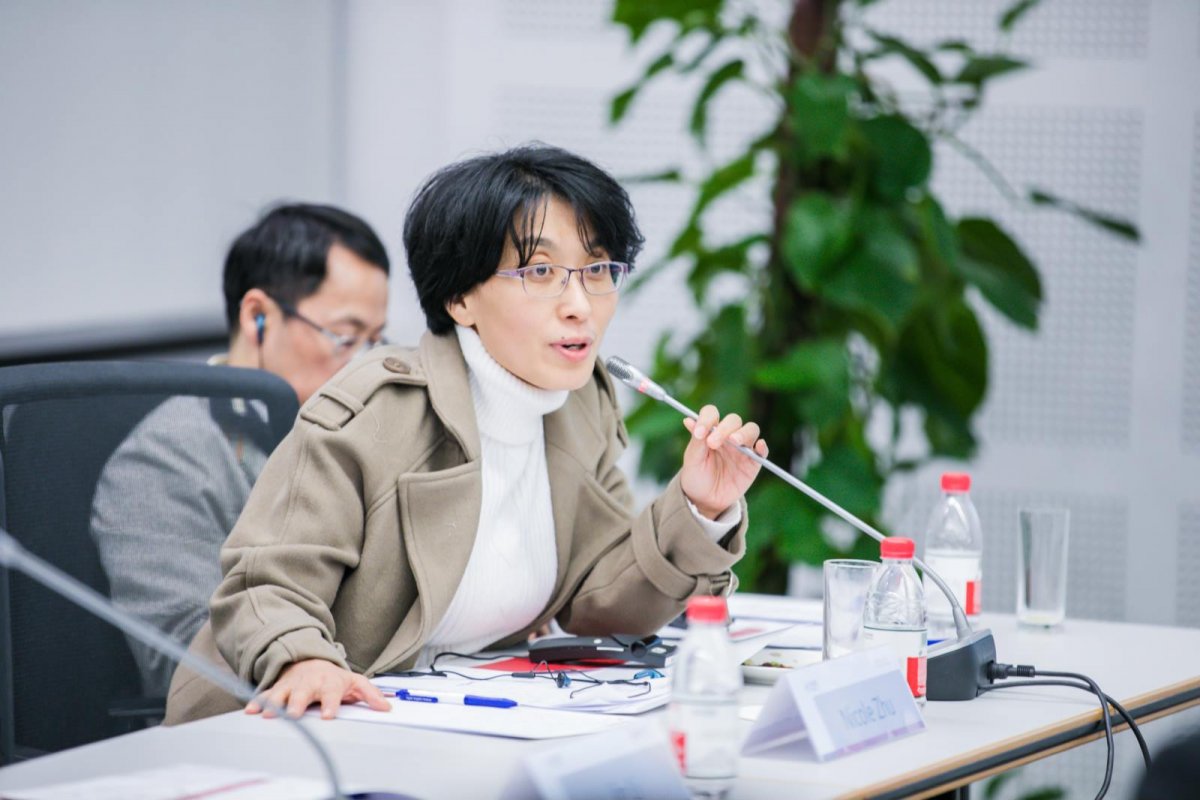 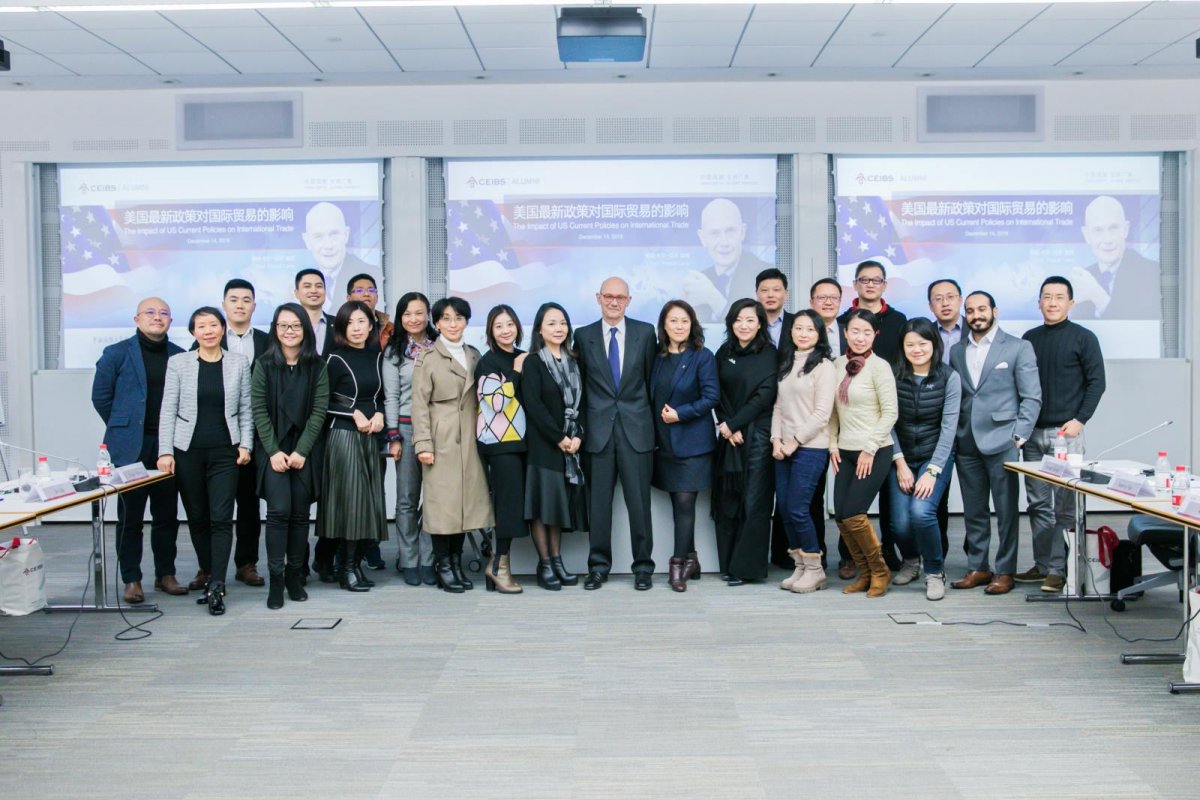 During the talk, Prof. Lamy explained that recent US action against China is motivated, in part, by the perception that, as China gains ground in terms of trade and development, the US is losing ground. At the same time, President Trump’s obsession with the US deficit has led to a shift from a strategy of “managing China’s rise” to one of trying to “hit China where it is the most successful” — namely, in the area of manufacturing and exports, he said. Ironically, however, the trade dispute which has resulted may not necessarily, in Prof. Lamy’s view, be a bad thing for China.

“Insofar as US tariffs hit China exports, it will force production in China in sectors where it is most costly to move elsewhere, especially in areas where labour is intensive,” he said. “[However,] China’s strategy recently has been to move up the value ladder and the process of outsourcing part of the value chain was already underway. So it’s just accelerating that process.”

Nevertheless, Prof. Lamy stated that further escalation of the dispute could result in a situation where the US and China engage in mutual decoupling or a disentangling of their production systems. Whether the US gains anything from this approach, however, depends largely on Trump’s ability to withstand the pain a long-lasting trade war would trigger for the US economy.

“Decoupling will be painful for both China and the US, but I think China can sustain the pain longer,” he said. “What I’m sure of is that [the Trump administration’s] aggressive policy will result in a cost for the US. Some people believe this cost is worth paying, but if the stock markets start factoring in, Trump will have to react because part of his support comes from the financial markets.”

As a result, he added, it is likely that the US will seek to use the 90-day tariff truce announced during the recent G20 summit in Argentina to find a quick solution to the dispute. Regardless of the outcome, Prof. Lamy explained that a decoupling between the US and China is unlikely to lead to less globalisation overall.

One possible alternative to re-coupling elsewhere would, of course, be for the US and China to increase domestic production (and, thus, self-reliance). Despite President Trump’s apparent intentions to do just this, Prof. Lamy argued it would still result in an undesirable outcome.

“For example, many people in the US use aluminium that is produced abroad,” he said. “What Trump is doing by putting tariffs on steel, is helping steel producers in the US, but he‘s also harming the whole downstream value chain that uses steel by making it more expensive and totally inefficient. [As a result,] he will win one or two jobs in the steel industry and lose twenty or thirty jobs in the car industry.”

At the same time, Prof. Lamy acknowledged that there are deeper issues which the WTO must address in order to re-level the playing field of balanced global trade.

“The big problem is that the WTO rulebook is quite old and a number of disciplines are different for developed countries and developing countries. In the WTO, countries are self-determining. Since it has a choice, China choses [to be seen as a] developing [country],” he explained. “Legally speaking, if you are developing you have fewer obligations than if you were developed, but [the reality is that] China is somewhere in the middle and the idea that it is either [a developed country] or [a developing country] doesn’t work.”

According to Prof. Lamy, a second issue which the WTO must resolve (and one which President Trump has drawn attention to) is the issue of whether Chinese companies benefit from excessive subsidisation as a result of state ownership.

“Chinese subsidisation is a problem and it is not in the spirit of the WTO, but China does not cheat. It is the WTO rules that in some areas are not disciplined enough,” he pointed out. “[Does this mean that] trade is unfair? It depends whether you believe the definition of fair trade is trade done in accordance with the rulebook or if you believe fair trade is trade which you and I both believe is fair.”

Ultimately, despite protests from President Trump about the lack of fairness in trade with China, Prof. Lamy said he believes it is highly unlikely that such beliefs would ever lead to a US withdrawal from the WTO.

“If the US were to pull out of the WTO, it would lose its insurance policy against the protectionism of others,” he stated. “If the US pulled out of the WTO, their protection on intellectual property would be gone. So, in my view, [the US’ threat to withdraw] is a bluff, but in any game that involves bluffing, that is the whole point of a bluff.”

The talk concluded Prof. Lamy’s first official visit to the school’s Shanghai campus in his role as a member of the CEIBS faculty – a visit which marks the beginning of a three-year tenure during which he will work to develop new ideas and research designs as well as engage in intellectual discourse and projects primarily aimed at fostering greater understanding between China and Europe.