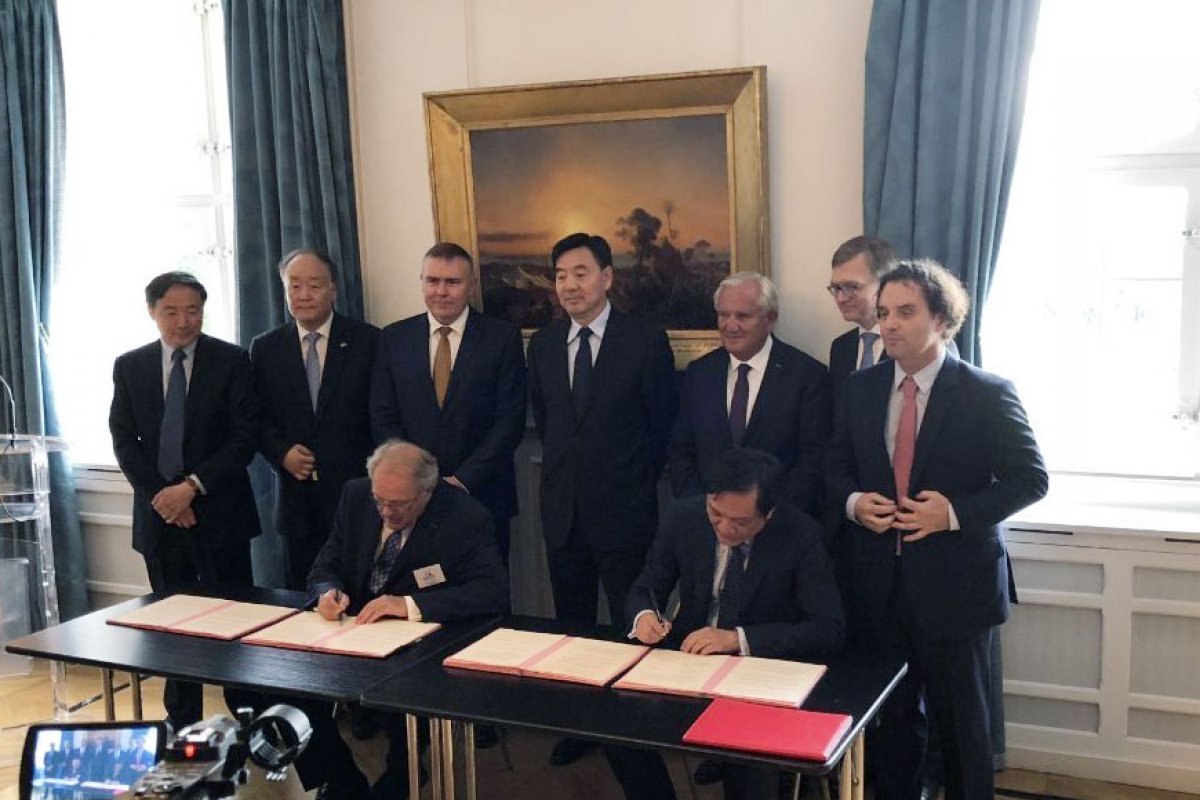 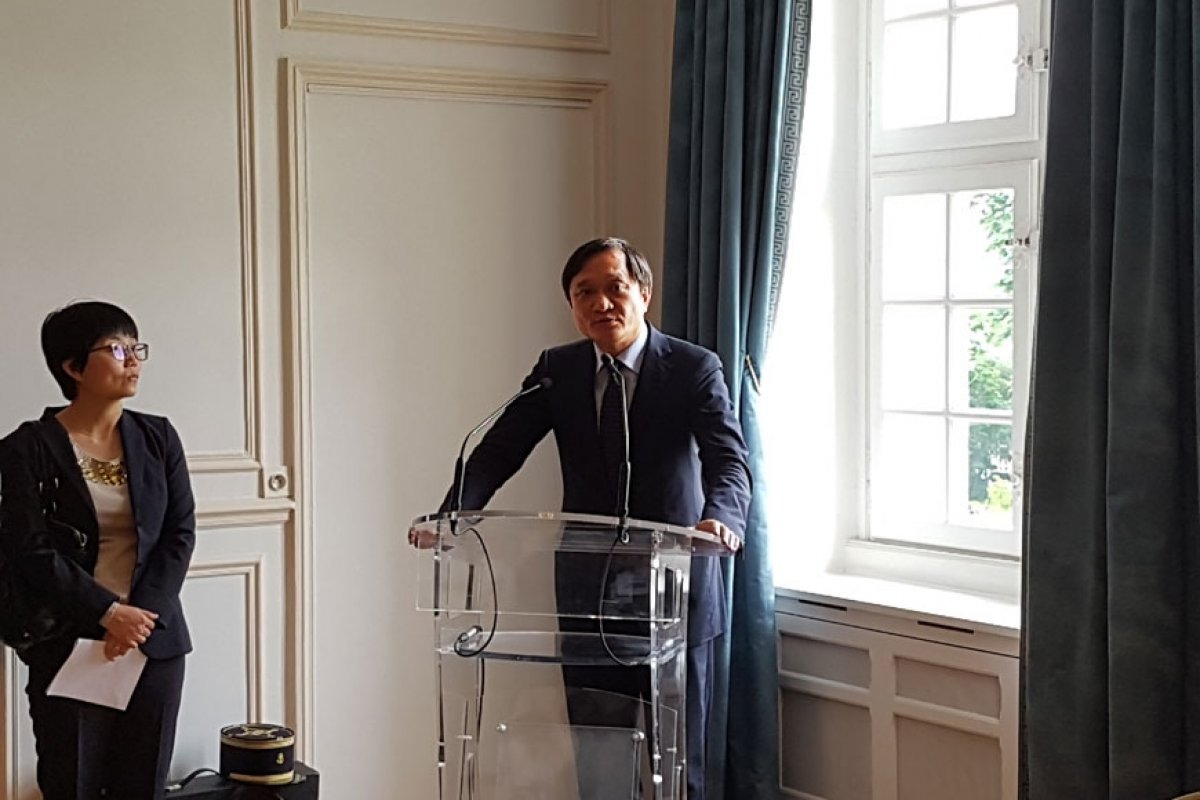 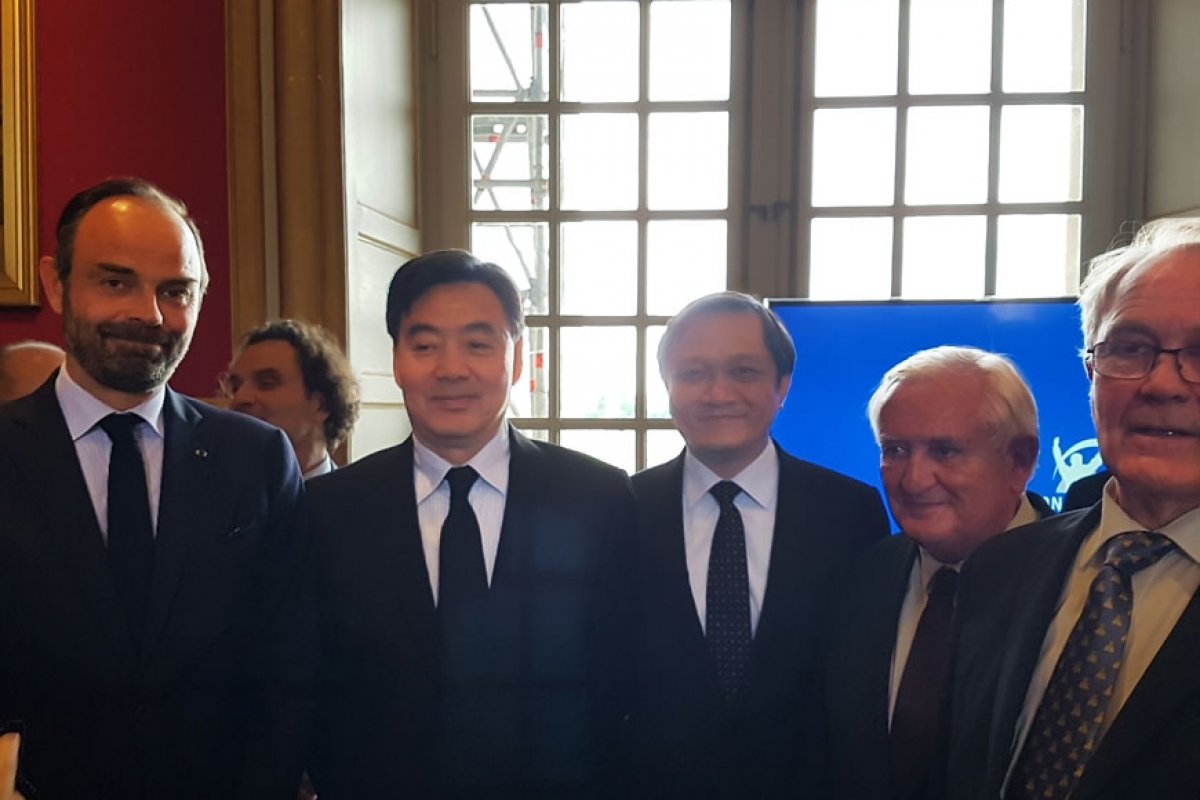 The two sides will carry out teaching and research on the meaning of global leadership, the spirit, character, willpower, sentiment, traits of leaders and the development of relevant leadership skills, based on the theoretical knowledge and practical cases of General Charles de Gaulle's leadership and strategy in commanding military affairs.

The chair will be held by Jean-Pierre Raffarin, former French Prime Minister and Special Envoy of the French Government on Chinese Affairs. Prof. Raffarin, who is Distinguished Professor at CEIBS, will spend a week giving lectures and doing research work at the school in early July every year. In addition, other leaders from France’s political, military, business and intellectual fields as well as from government will also participate in this project as visiting scholars.

On January 10, 2018, on the occasion of French President Emmanuel Macron's first visit to China and the 54th anniversary of the establishment of diplomatic relations between China and France, FCG and CEIBS signed an MOU during an event at CEIBS Shanghai Campus, indicating their commitment to set up the Charles de Gaulle Chair in Global Leadership. The agreement signed today is legal reconfirmation of that initial memorandum. The agreement is valid for 3 years. After its expiration, the two parties will jointly decide on how to proceed, based on the outcome and implementation of this official agreement.

This is reported to be the first time that the FCG has established a Chair at a leading international business school in China. The two sides hope that by working together, they will provide global business leaders in China and Asia with valuable insights into the leadership of General Charles de Gaulle, and engage in a comparative study of the extensive and profound leadership strategies of China and France, thus offering a new way of thinking and possibilities for global leadership training within the context of today’s globalised world.

At the signing ceremony, Zhai Jun, China’s Ambassador to France, noted that General de Gaulle was an outstanding leader of the French people and a great politician at the global level. He, together with China’s Chairman Mao, established friendly relations between the people of China and France, the Ambassador noted, adding that General de Gaulle was deeply loved by the Chinese people. Prof. Raffarin is a famous French politician and an ‘old friend’ of the Chinese people, and so his appointment to this chair position will have an important and positive impact on Sino-French cooperation in the field of education, the Ambassador added.

Prof. Raffarin told those gathered to witness the signing that he was honoured at the appointment, saying de Gaulle's leadership has far-reaching significance – both today and in the past. He believes the world today is full of contradictions and challenges due to a lack of wise leadership – like that displayed by de Gaulle – and insufficient leadership education.

Prof. Ding Yuan and Mark Fosse, Secretary General of the de Gaulle Foundation, were invited to outline details of the Chair and their expectations of future cooperation. Eric Cornuel, Director General & CEO of EFMD, pointed out that the establishment of the partnership took only half a year, which reflects not only the pragmatic spirit of CEIBS and FCG, but also both sides’ strong will to work together. This day, he added, will go down in CEIBS history as an important day in the school’s internationalisation efforts.

After the signing ceremony, Edouard Philippe, Prime Minister of France who will visit China on June 22-25, met with the representatives of both signing parties and took photos with participants to mark the occasion. More than 200 representatives from France’s education, culture, and military fields attended the signing ceremony. Among them were members of CEIBS France Alumni Chapter.

Founded in 1971, the Charles de Gaulle Foundation is the only lawful institution in France that plays the role of spreading General Charles de Gaulle's thoughts in France and around the world. The aim, to quote de Gaulle, is to make his cases “a source of new passion” for the French people.

On January 28, 2004 and March 26, 2014, President Hu Jintao and President Xi Jinping respectively visited the Charles de Gaulle Foundation. They spoke highly of its contribution in promoting the spirit of de Gaulle in France and around the world, and in particular its contribution in strengthening friendly ties between China and France.