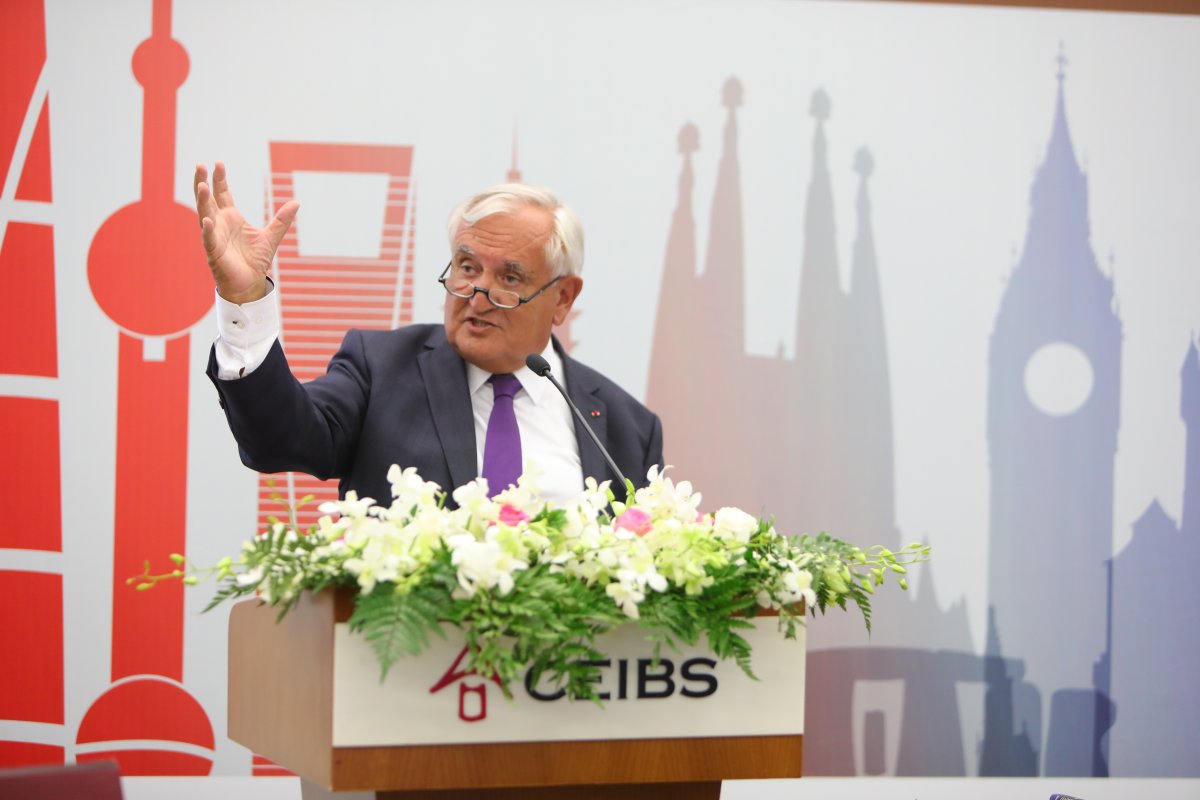 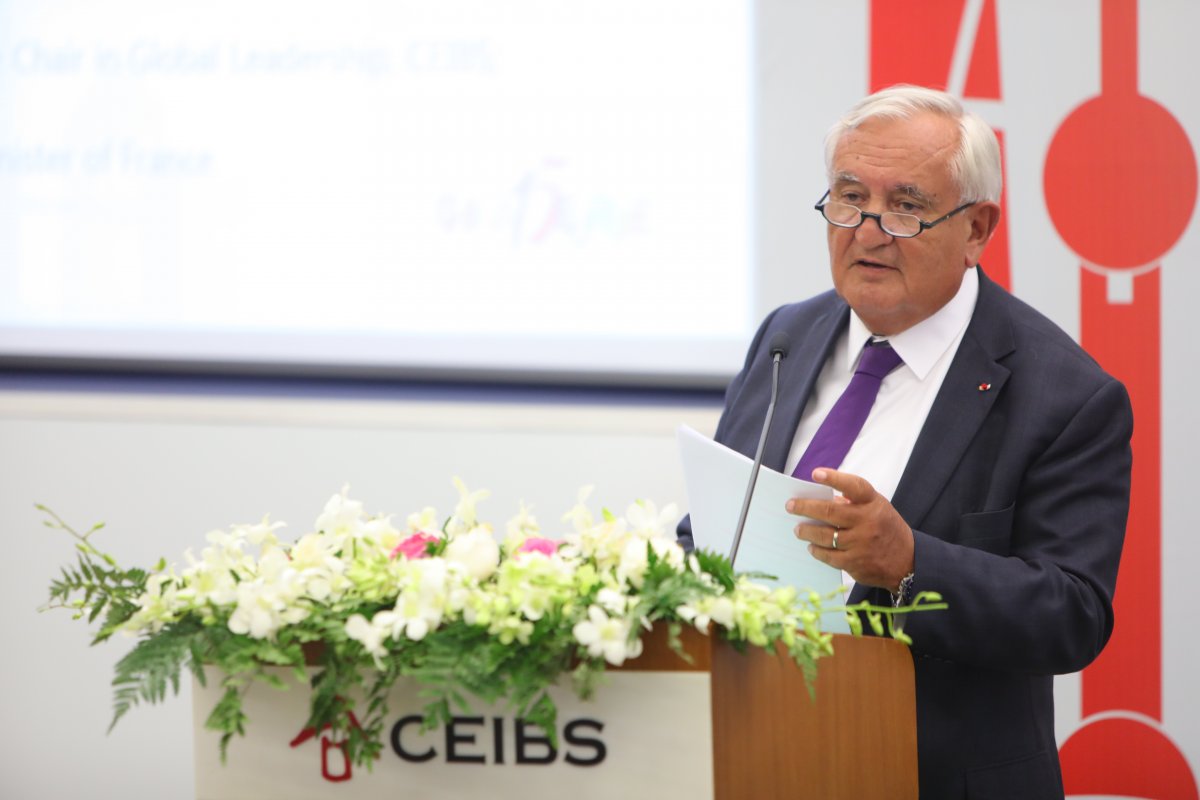 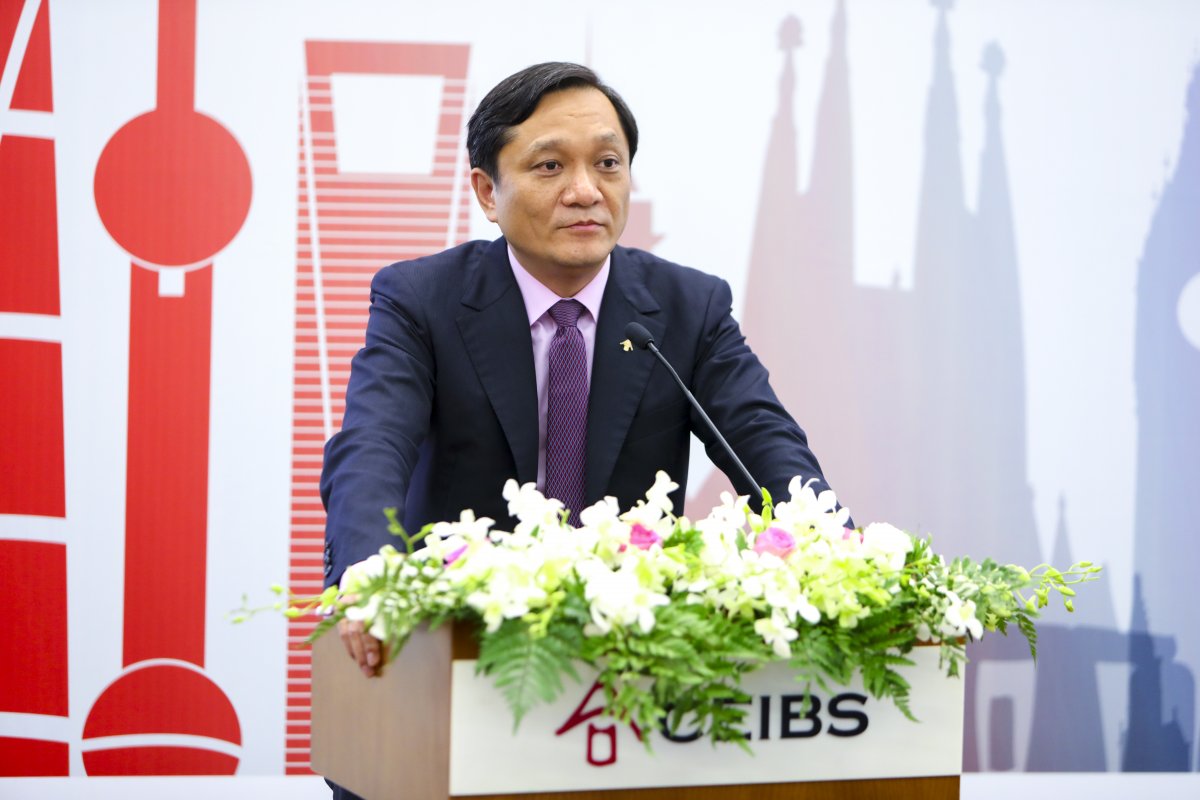 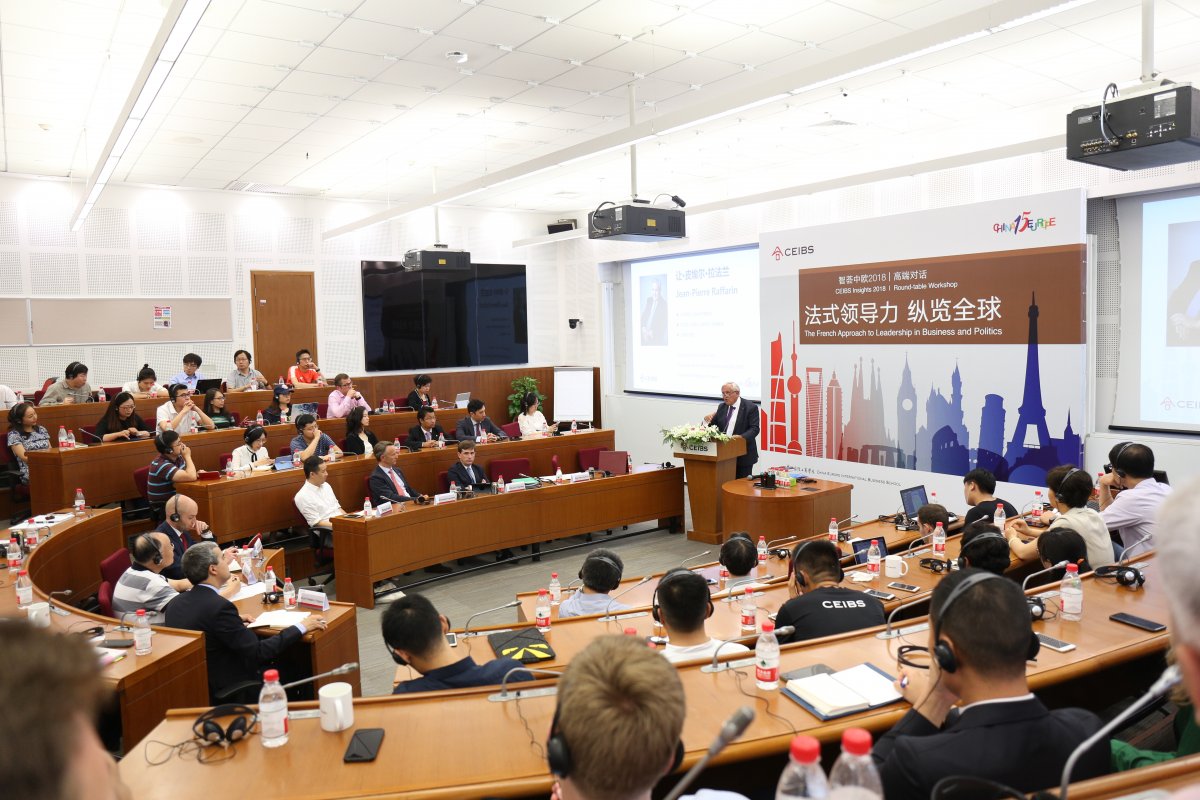 July 7, 2018. Shanghai – An audience of about 100 attendees including CEIBS students, faculty, staff and members of the Shanghai-based French business community was charmed today by former Prime Minister of France Jean-Pierre Raffarin during a lecture where the long-time friend of China and its people shared his insights on the topic “The French Approach to Leadership in Business and Politics”. His lecture is part of a series of events being held, this month, in his capacity as Charles de Gaulle Chair in Global Leadership as well as Distinguished Professor at CEIBS. Tomorrow he headlines a CEIBS Master Class that has generated significant interest.

During today’s lecture, in a bid to decode the concept of leadership – seen by many as “mysterious” – Mr. Raffarin began by exploring the difference in the perception of leadership in the US and France. The Americans, he explained, view leadership as a “technique”, a “methodology”, it is seen as “something that can be mastered through training”. In contrast, for the French leadership is about “heroism” and “charisma”. “We don’t achieve anything great without great men, and these men are great because they wanted to achieve greatness,” he said. Expanding on his explanation of the French style of leadership, the veteran statesman quoted General Charles de Gaulle, reviewing the latter’s experience as a leader during the French Resistance and after World War II.

He told the audience that a good leader, in any cultural or historical context, has key traits. He or she:

- is a force to be reckoned with, a strong individual who is passionate about charting his/her own course;

- knows how to position him- or herself in a complex environment, and how to leverage the variables – good and bad – to overcome difficulties;

- is committed to a clearly defined mission;

- is gifted in driving and motivating people;

- has strong morals; and

In a world that is becoming “increasingly fractured and challenged” by rising trade protectionism and leaders’ “unpredictability” in some major countries, Mr. Raffarin – known as a firm believer in multilateralism – lauded China’s leadership in driving the world economy and promoting international cooperation across multiple continents with diverse players. Turning his attention to CEIBS – a joint venture between China and Europe – and the efforts the school has been making in educating responsible business leaders for China and the rest of the world, Raffarin quoted the famous French writer Antoine de Saint-Exupéry, author of The Little Prince: “Love doesn’t mean gazing at each other, but looking, together, in the same direction.”

“CEIBS is where future business leaders are taught to look in the same direction,” he added.

CEIBS Vice President and Dean Ding Yuan moderated the lecture, which was followed by a lively Q&A session.