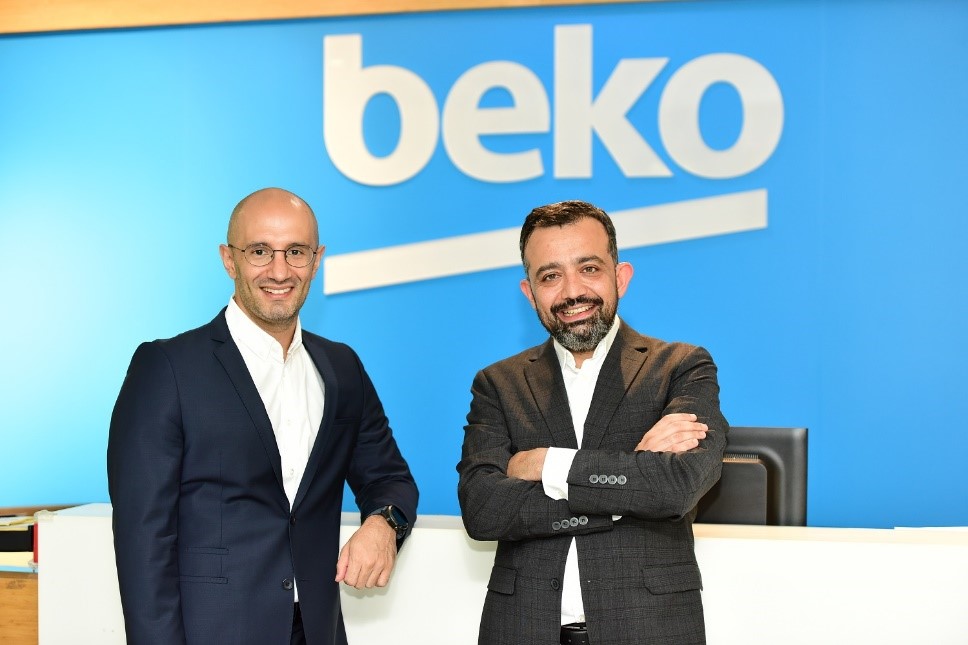 Since coming to China, fellow compatriots and Global EMBA alums Onur Turkmen and Ozan Güven have advanced from operational roles to hold senior executive positions with Turkish multinational Arcelik. Here, they share how their experiences at CEIBS have overlapped in many interesting and meaningful ways.

Onur is the Marketing Director for China at Beko Global, a global household appliance and consumer electronics manufacturer under the Arcelik umbrella. He has worked for Arcelik for 15 years, including 10 years in China. Building on a background in mechanical engineering, Onur has broadened his capabilities and responsibilities to the point where he now oversees the marketing strategy behind hundreds of products available across China’s diverse retail channels. He graduated from the Global EMBA programme in 2018, the same year Ozan enrolled at CEIBS.

As Group Manager – MDA 6 Sourcing and Purchasing White Goods for Arcelik Global, Ozan is responsible for purchasing operations across Asia, managing four teams that are jointly responsible for the production of 25 million appliances annually, while buying a further one million directly from Chinese suppliers.

With more than 16 years of experience living and working in China between them, Ozan and Onur have helped shape Arcelik’s business relationships with Chinese suppliers, retailers, marketers and consumers. Across all of their business interactions, they say that greater familiarity with China’s culture remains an invaluable source of insight – one that can’t be easily tapped from the outside.

The importance of being in China in 2021

Even though their roles are markedly different, both Onur and Ozan have experienced similar trends at Arcelik, wherein the importance of China as both a procurement centre and retailer market has steadily grown. In Ozan’s case, the shift was rather dramatic. He was initially due to stay only for a year and half before moving on to another territory, only for Arcelik to realise that its relationship with China needed to be maintained, expanded and further explored.

“In our business specifically, the world is now revolving around China. The home appliance business is a relatively low-tech industry, and China is highly skilled at combining good pricing with economies of scale. From components to raw materials, our industry’s main production centres are shifting from the likes of Italy, Germany and Spain to China. That’s why it’s essential for Arcelik to have a physical presence here,” Ozan says.

“The China market is a lot more dynamic than other markets in the world, so a long-term view is essential here. If you want to be successful, you’re not angling for a quick investment and quick payoff – you plan for tomorrow and you lay solid foundations. Accordingly, the higher you go up the executive ladder, the more you need to manage people and relations. Some elements of relationship management are universal, but others are very specific to China. You can only fully understand them by engaging with the culture and by broadening your field of vision to really figure out where your company fits into China’s business landscape,” Onur says. 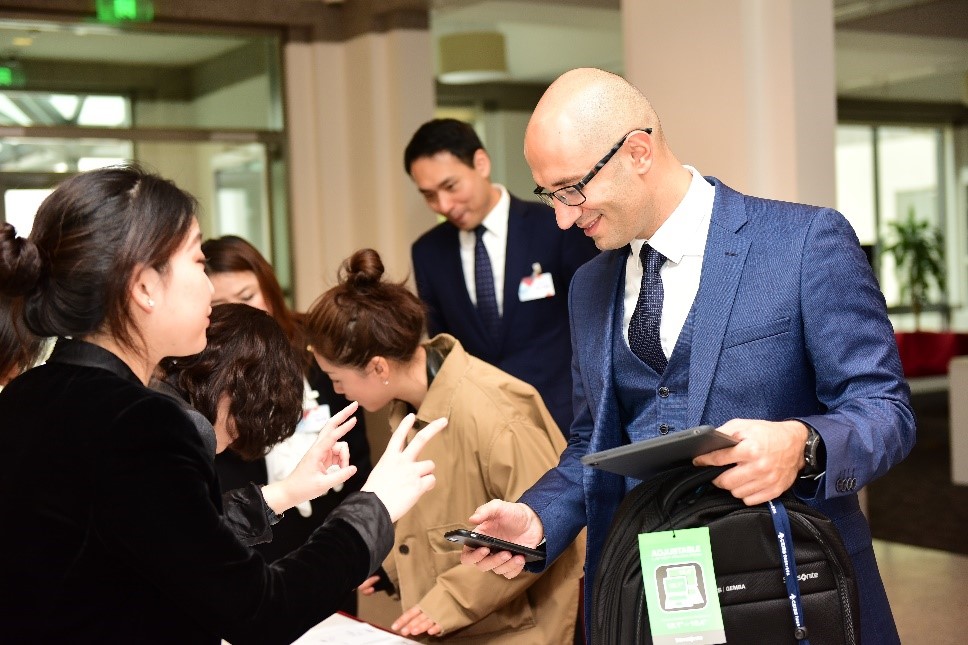 Onur and Ozan’s time at CEIBS overlapped in 2018. As close friends and colleagues, they routinely shared their experiences from their respective courses and assignments, while also attending CEIBS events and alumni networking sessions together.

“Ozan is a very intellectually curious kind of guy. I noticed that he was asking a lot of the same kinds of business questions I was asking before I undertook the Global EMBA programme. When he expressed his interest in studying here in Shanghai, I had just finished my core modules and was moving on to the global electives, so I was already very confident in recommending CEIBS to him,” Onur says.

“For my part, I could see very early on that Onur was learning so much, so quickly. It was clear to me that this wasn’t a case of getting a qualification just for the sake of it. Not only was he gaining the benefit of networking with very impressive executives from all over the world, he was also expanding his business mindset – and having a lot of fun doing it! So once Arcelik decided that they wanted me to stay in China in a more long-term position, it was an easy choice for me to go to CEIBS, ” Ozan says.

Onur and his fellow Global EMBA classmates getting ready for graduation

Both Onur and Ozan cite a number of areas of development during their Global EMBA studies that have helped them become more effective leaders. For example, they say they achieved a better understanding of themselves, including their strengths and weaknesses as leaders, through the programme’s opening leadership module.

“It’s pretty intense, knowing that you’re being filmed during the leadership challenges and interactions with your classmates, and to then sit back and watch the recording later with the leadership coach. They so clearly pull out what you’re doing – right and wrong, effective and self-undermining – that you really can’t argue against it. I never saw these things so clearly than at that moment, watching it back,” Onur says.

“It’s definitely a journey of self-awareness that makes you understand how you’re perceived and how people react to you. You need to understand that you’re not always right and you’re not always getting favourable responses. Then, you can figure out where you need to improve or change your thinking,” Ozan says. 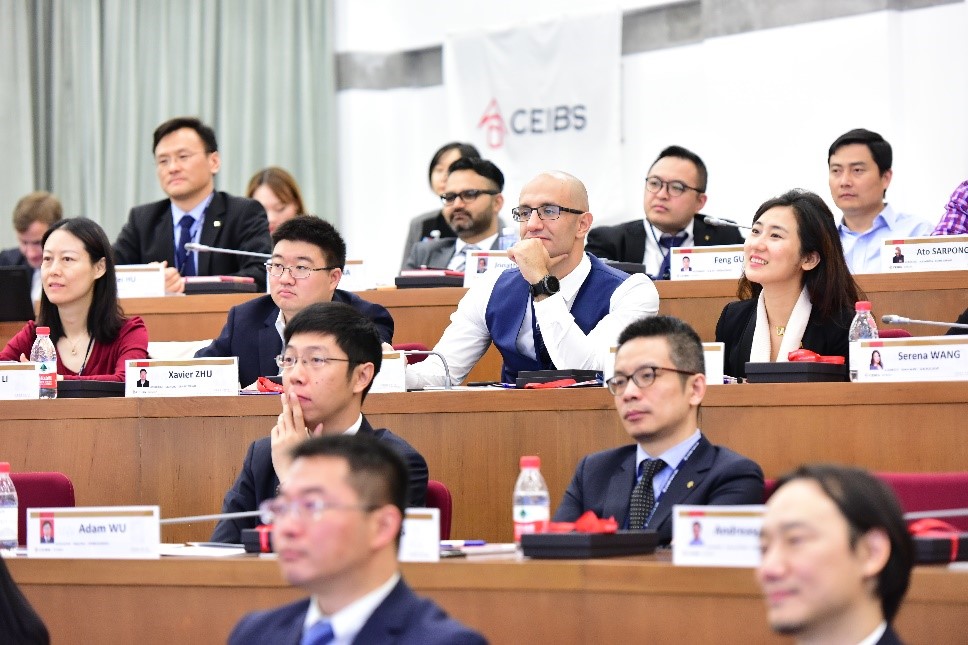 Ozan and his classmates during a Global EMBA lecture

Tapping into the local business culture

In addition to self-discovery, Onur and Ozan say they have benefitted extensively from the knowledge of their Global EMBA peers and by tapping into a vast array of Chinese business cultural cues, tips and realities.

“I feel quite lucky that I was doing my studies while we were negotiating the sale of our China factory to a Chinese SOE. For a foreigner in China, this kind of negotiation is incredibly challenging, but I got so much helpful guidance from discussions with my classmates. Many of them occupy similar positions in companies that had gone through this situation, so they helped me gain a much better understanding of what to expect. I definitely think this helped speed up the negotiation while improving the outcome for everybody,” Ozan says.

Though their studies are finished, both Onur and Ozan remain an active part of the CEIBS community. Ozan is a member of the CCT (Class Committee Team) Union, where he regularly contributes to improving the CEIBS experience for all students and alumni. Onur, a great football enthusiast, is part of the CEIBS Football League, and they both feature regularly at various Global EMBA social events and learning experience site visits. As a result, their ties to CEIBS and its alumni network are both business-related and inherently personal.

“There are lots of different levels of connection that you can develop through CEIBS. There’s the surface-level stuff, like introductions. You’re only one or two messages away from connecting with any company in China. Then, there are the great opportunities for continued learning, the site visits and online seminars that plug you into real-life business developments happening to companies right now. Finally, there are the friendships. You really can make friends for life – it’s just that kind of atmosphere,” Onur says.

A bridge between East and West

Much like their country of origin, Onur and Ozan see Arcelik’s business prospects as being neither wholly tied to Western or Chinese markets. Rather, Arcelik is looking in both directions and is eager to cultivate the best possible relations with China and the West, while learning from leading businesses in both spheres.

“China’s importance to Arcelik is significant and growing. Recently, we undertook a company-level study aimed at exploring what leading Chinese companies are getting right strategically. Normally, companies in the West try to understand what Google is doing, what IBM is doing. But with this study we examined what Tencent is doing differently, what BYD is doing, what Huawei is doing. To me, this shows how our window of focus has shifted – or perhaps expanded is a better way to view it – to give China the proper attention it deserves,” Ozan says.

“Turkey is a bridge connecting West and East. So, we can say Turkey is both an eastern and western country. I think that helps us find areas of cultural affinity more easily with all countries. That’s something we’ve learned from our time in China and this understanding evolved during our time at CEIBS,” Onur says.