Valuing conflict as a learning tool

The colourful and profound diversity offered by the CEIBS Global EMBA experience was what first caught Baggio Song's eye when checking out prospective business schools. 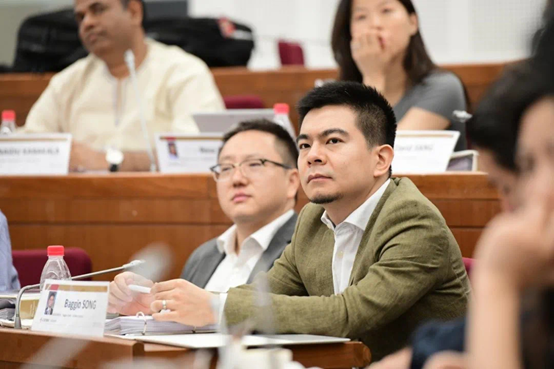 "I went to Tsinghua in 2012 to pursue an MBA to expand my perspective on business. I learned about the different parts of a company, the different ways of doing business from a Chinese perspective. However, as my career developed, I saw that there was a rapidly expanding horizon beyond China," he says.

Baggio belongs to a new generation of Chinese business people who are connecting China with the world. Moreover, as the world's second largest economy, he says, the country carries much bigger responsibilities. As such, he says he believes that one of China's most pressing priorities is to learn to collaborate freely and effectively with the rest of the world. Achieving a better understanding of all manner of different values and perspectives, he adds, is essential to this wider goal.

"I put in a lot of time researching different programmes, but the CEIBS Global EMBA was the only one offering what I was really looking for. It has a reputation for attracting different backgrounds and perspectives. Really, it's part of the founding values of the school – this strategic partnership between the European Union and China that is promoting understanding between the two. I wanted to study in a place where people were trying to get outside the accepted wisdom of their immediate environment and learn from others," Baggio says. 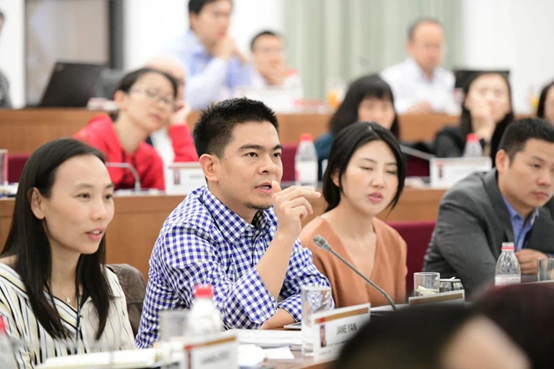 Appreciating the value of conflict in the classroom

Baggio says that one of the biggest contrasts between this course and his MBA was the nature and level of debate that occurred in the classroom and during other learning experiences.

"At Tsinghua, there was a lot of harmony of opinion, a certain sense of general agreement on major points of view. This is valuable, and is an inherently Chinese value, to embrace this kind of unified approach. In my Global EMBA class, it was totally different. There was almost always a great divergence of opinion, disagreement – conflict even – about whatever we were discussing. But somehow, we all learned to embrace our differences as a means of unlocking deep debate and subjecting our opinions to rigorous examination. I think we all learned so much more as a consequence – exploring this approach was the most valuable part of my learning journey at CEIBS," he explains.

Baggio points out that this kind of "constructive conflict" is something that mirrors what is going on in the wider world today. Everywhere we look, business strategies and approaches are being tested and re-evaluated in the context of a rapidly globalising world. As a result, Chinese companies are now learning from the successes and mistakes of leading multinationals, and vice versa. Equally importantly, the best of both worlds are being fused and constantly refined into highly successful hybrid approaches.

"When you think about business on the world stage, conflicts often arise from different value systems and ways of thinking. But we all have to learn how to deal with this constructively, because we're all working towards the same goal, just using different methods that are more suitable for certain situations. To reliably adopt the best methods, we have to learn to make adjustments, and we can't do that without challenging ourselves to think differently. Again, that is the inherent value of the Global EMBA approach. It makes you challenge conventional thinking and your established ways of doing things," Baggio says.

He adds that the use of recent case studies was useful in prompting debate and considering multiple perspectives. While many of the fundamentals of business haven't changed in over 2000 years, he says, areas such digital marketing and finance are having their 'rules' rewritten annually – or even monthly. As such, Baggio points out that it is important to assess up-to-date cases that deal with current business realities.

He has fond memories, for example, of challenging his then-marketing professor about various points regarding a case about Luckin Coffee. He recalls how it wasn't a question of being right or wrong, but how the analysis of an unfolding business reality would prompt in-depth discussions about conflicting values, perspectives and systems.

"This is very different from the 'accepted wisdom' of textbook cases involving global giants from 50 years ago. Their success is proven, so you can't really argue against it. But can you replicate it in today's context using the same formula? By contrast, when you study contemporary cases, they might not give you a complete answer, but they will prompt meaningful debate, which is a very good way to argue your corner and test ideas," he says. 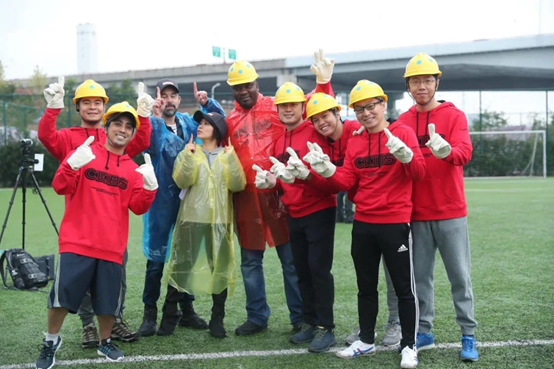 Baggio says he also found the various global modules to be fertile ground for testing his existing business knowledge while soaking up new approaches and ideas. While in Zurich, for example, he and his classmates toured the factory of breastfeeding and healthcare company Medela. This first-hand look at how precision engineering and attention to detail had created a philosophy of uncompromising quality made such an impression that his team eventually made Medela the subject of their Capstone Project.

It was during a module in Israel, however, that Baggio fully realised the importance of experiencing wholly new locations in order to gain fresh perspectives.

"CEIBS has chosen destinations that perfectly match the theme of each module. For example, I think we all felt that the Israel module was the ideal place to consider the theme of innovation. Sadly, you can't separate the troubled history of the region from its current politics, business culture or economy. It's all integrated, but it's also partly what has shaped Israel's well-deserved reputation for innovation. Of course, you can learn all this online or from textbooks, but nothing quite compares to seeing it for yourself, in the actual location, in a tailor-made learning experience," he says. 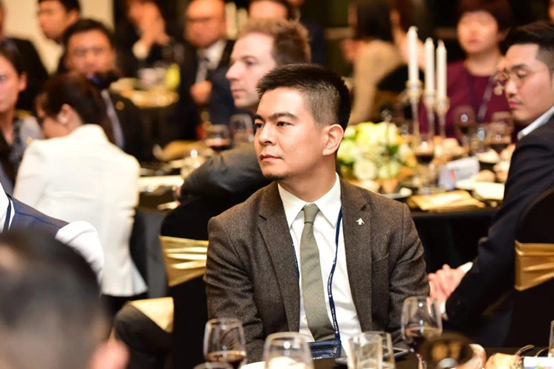 Innovation is something which has featured heavily in Baggio's recent business activities. This year, Inspire launched BrandPrime, a sister company that combines e-commerce, operations and sales with Inspire's established marketing expertise to offer brands a fully unified solution provider for sustainable growth.

While COVID-19 continues to make things extremely difficult, it has also presented many opportunities. Baggio and his partners managed to pull off a combined marketing and sales coup in early-2021 when many were unable to travel home for Chinese New Year due to fears of a virus bounce back. This led the Inspire team to launch a bold marketing campaign with one of their clients, Wang Lao Ji (the "Coca-Cola of herbal tea brands"). The campaign allowed customers to customise the iconic Wang Lao Ji red cans with their own family name and send them as gifts to family members whom they couldn't visit in person.

It wasn't a risk-free marketing strategy, given that the Wang Lao Ji brand has a 190-year history. However, it was a smash hit with customers across the country, prompting a sharp uptake in sales (including sizeable e-commerce sales through BrandPrime) and the campaign has netted Inspire numerous industry awards for its innovative nature.

For Baggio, the outcome of the Wang Lao Ji campaign is a reflection of modern global business, where flexibility of thinking and approach is less a luxury, and more a necessity than ever.

"For entrepreneurs, we think about growth a lot. My partners and I want that for ourselves and for the brands we work with. But growth has to be sustainable and be based on decisions that accurately reflect what is happening in the world, rather than just being overly lucky or aggressive. That's why I think it's best to be a bridge – that way you can work with people and figure out together what's really going on for everyone on both sides," he says.