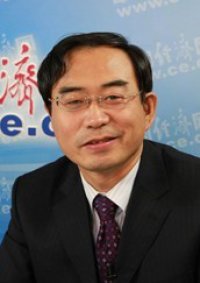 Mr. Liu Zhiyan was born in August 1967 in Harbin, Heilongjiang Province. His ancestral home is in Laoting County, Hubei Province. He received his Bachelor of Science degree from Nanjing University, Master of Science degree from Chinese Academy of Sciences (CAS), and Ph.D. in Economics from Renmin University of China. He is now a member of the party committee at the Institute for Urban Development and the Environment, Chinese Academy of Social Sciences (CASS), Director of the Urban Economic Research Office, Head of the Urban Information Integration and Dynamic Simulation Lab, research fellow, cooperative supervisor of postdoctoral fellows, and professor at the Graduate School, CASS. He is also a member of several academic societies such as the Chinese Society for Urban Studies and China Society of Urban Economy, editorial board member of the “Regional and Urban Economy” series of Photocopied Data of Periodicals, Renmin University, and evaluation expert of projects supported by the National Social Science Foundation.

In 1987, he graduated from School of City and Resources, Nanjing University and worked at Changchun Institute of Geography, CAS. He studied at Graduate School of CAS in 1989 and 1990, and obtained Master’s degree in Environmental Geography and worked as research assistant in 1992. He studied for the Ph.D. in Regional Economics at Renmin University between 1993 and 1996 and pursued postdoctoral research at the Institute of Quantitative & Technical Economics, CASS between 1996 and 1998. He joined the current institution at the end of 1998 as associate research fellow. He was appointed Vice Director of the Urban Economic Research Office in 2001 and then Director in 2002. In 2003 and 2004, he was appointed by the CPC Central Organization Department and Central Committee of the Communist Youth League to serve as Assistant President at Jiangxi Academy of Social Sciences. During that period, he visited Venice for short-term study of urban environment management. He became the research fellow in 2006 and has taken on current roles since 2010. He has presided over or participated in over 50 projects, including those supported by the National Social Science Foundation and the National Natural Science Foundation of China, National Key Technology R&D projects, and CASS projects in cooperation with national ministries, local governments and international institutions. He is the author, chief editor or co-author of over 20 academic works and published over 100 academic papers and research reports in either Chinese or English. His research findings won the First Prize in the National Youth Writing Competition of Territorial Management Solutions (1986), “Five Ones” Engineering Award (2001), and the First Prize in the writing competition of CASS Institute for Urban Development and the Environment (2010).