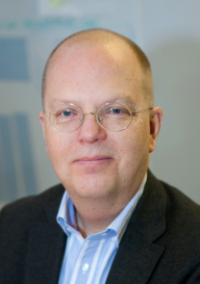 Mr. Harborn has a proven record of successful introductions of products and companies into China over years. He is now the Executive Director of Scania China Strategic Office, responsible for setting strategies and paving the way for high end CV sales.

From 2017 to May of 2019, Mats Harborn was elected President of the European Union Chamber of Commerce in China. He had served on the Chamber's Executive Committee since 2013, as Vice President and as States' Representative. Mr. Harborn has been actively involved in Sino-European trade and business relations. In 2005, he was appointed as the Chairman of Swedish Chamber of Commerce in China, a position he held for 8 years. He has been the Chairman China Commercial Vehicles Board of ACEA (European Automobile Manufacturers' Association) since 2010.

He joined the company as the Managing Director of Scania China Representative office as well as Scania Sales (China) Co., Ltd in 2004 and held that position until 2010. From 1997 to 2000, he had been working for Swedish Embassy in Beijing as Commercial Counsellor, a key position in Sino-Swedish commercial relations. In June 2000, he became the Marketing and Information Director of Ecolean AB, helping establish Ecolean as a credible business partner in juice and dairy industry and define it as a sustainable packaging solutions provider.

As a multilingual user, Mr. Harborn has a wide ranging knowledge of Chinese culture and society beyond his business and rich expertise in cross-cultural management.