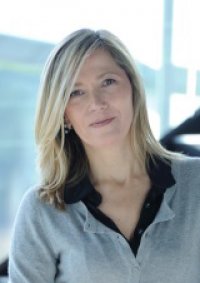 Anitua began her career as a consultant and has more than fifteen years of consulting experience in different sectors including government, technology, industry (automotive and pharmaceuticals). During part of her early career she lived in Brussels, where she managed various international projects.

Since 2005, Anitua has served as Managing Director of ACICAE-Basque Automotive Cluster, an industry which represents 24% of Basque GDP. During her tenure, she has implemented dramatic changes in how to manage this type of industry group, prioritizing strategic vision, innovation and internationalization.

Since 2006 she has been leading the creation of the AIC-Automotive Intelligence Center, a unique value generating center backed by Basque institutions with the support of EU. A major group of businesses is also involved in the Center. She is the CEO of AIC as well.

AIC was inaugurated in January 2009, Phase 2 of the project launched in April 2010, and Phase 3 in March 2015. In all, some 50,000 square meters provide a home for R&D units, development units and laboratories, with 30 firms housed there, including multinationals and family businesses and more than 750 professionals working. The AIC has become the flagship of the new model of European automotive industry, recognized globally as a pioneering center that it is transforming the way of understanding the automotive sector.

Anitua recently received the AED Business Award in recognition of her professional achievements, and was named one of Spain’s top 20 female executives by the financial newspaper El Economista.

She is also a regular speaker and lecturer at economic forums and seminars.