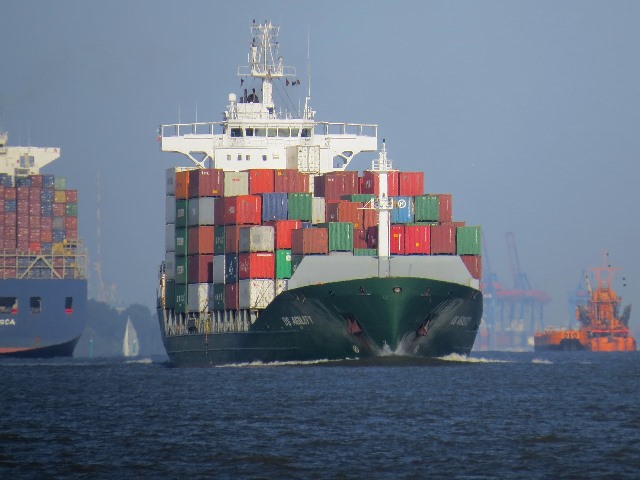 Most discussions about China’s massive Belt & Road Initiative (BRI) tend to focus on infrastructural projects that must be completed in order to connect an economically vibrant East Asia and developed Europe by land and sea and, in the process, bring growth and development to tens of countries along the modern Silk Roads. Our research has shown, however, that equally important are improvements in the soft infrastructure needed to ensure that trade routes operate seamlessly across the various corridors.

The BRI has been compared to America’s post World War II Marshall Plan whose objectives were to “re-build war-devastated regions, remove trade barriers, modernize industry, make Europe prosperous again, and prevent the spread of communism”. According to China’s National Development and Reform Commission (NDRC), the objectives of the BRI are to “improve the region's infrastructure, and put in place a secure and efficient network of land, sea and air passages, lifting their connectivity to a higher level; further enhance trade and investment facilitation, establish a network of free trade areas that meet high standards, maintain closer economic ties, and deepen political trust; enhance cultural exchanges; encourage different civilizations to learn from each other and flourish together; and promote mutual understanding, peace and friendship among people of all countries”.

Thus, both plans share two similar objectives for the affected countries:  improvements in infrastructure and a reduction in trade barriers. The second objective, reduced trade barriers, is less discussed in the media. But it is important – especially given the limited success that international organizations (such as the WTO and IMF) have had in the economic growth of developing countries, particularly those in Central and South Asia. Well aware of the challenges, the Vision and Actions document, which outlines BRI strategy, points to two approaches to reducing trade barriers: improving trade facilitation (by getting rid of bottlenecks)) and promoting free trade areas. These are the soft infrastructure needed to complement the BRI’s harder side which involves the building and upgrading of physical infrastructure and digital connectivity.

Our research has shown that 21 countries, not including China, would have direct involvement in the BRI. They are: Bangladesh, India, Myanmar, Cambodia, Lao PDR, Thailand, Vietnam, Malaysia, Singapore, Indonesia, Pakistan, Mongolia, Russian Federation, Belarus, Kazakhstan, Kyrgyzstan, Tajikistan, Turkmenistan, Uzbekistan, Iran and Turkey. Nearly all six economic corridors that make up the BRI’s five land and seas routes have significant links with China and the EU, to which many of these countries are connected – in many cases one more than the other. There are significant trade links between these countries with China and the EU, as well as other countries along the corridor; and trade data suggest that the BRI can make a significant impact on the economic relationships of countries along the various corridors.

Both the hard and soft sides of the BRI are expected to have an impact on trade, and both are integral to the project’s success. They are mutually supportive in that infrastructure development and free trade agreements make trade facilitation more meaningful, and vice versa. However the hard side of infrastructure development (roads, bridges and ICT) is financially expensive and risky. It involves more than one trillion US dollars raised in other countries, especially China, and spent in countries that are known to be politically risky. On the other hand, if the objective of BRI member countries is to enhance their trade – particularly exports – then improving the efficiency of border administration seems the most effective way. These measures not only improve exports unilaterally, but also enhance the effectiveness of the hard infrastructures as well. Compared to China, most of the other countries involved in the BRI are small, with parts and components trade featuring prominently in their trade relations. Thus, improving the soft infrastructures should be considered a priority of the BRI. However, these improvements are within the policy space of individual countries. Reducing barriers to trade, whether removing redundant documents, or controlling unsolicited payment by customs officials, or even promoting paperless systems in customs clearance, requires the political will of individual governments. If these measures are introduced, physical connectivity further enhances trade.

Thus, if the BRI is to meet its objective of increasing economic relationship among countries in the region, China will need to require countries along the corridors to make significant improvements in their border administration, as a pre-condition to investing in the hard infrastructure. The Chinese government could nudge the improvements in the soft infrastructure of individual countries, for instance, by promoting regional trade agreements (RTAs) along the various corridors as these agreements could include trade facilitation clauses. Indeed, more recently concluded RTAs have various features of the soft infrastructure, ranging from the exchange of customs-related information among member countries to a single window to facilitate paperless approval systems. As long as the features of the trade facilitation measures do not discriminate against non-members, the RTAs could also facilitate greater trade both within and among the corridors of the BRI. China’s membership in RTAs – particularly with the China-Central Asia-West Asia, Bangladesh-China-India-Myanmar, China-Mongolia-Russia and Eurasia corridors – could be a further impetus towards more vibrant RTAs in the region. In this regard, the China-ASEAN FTA is a good model to emulate.

Despite the need for greater investment in hard infrastructure in Asia, which the Asian Development Bank estimated at USD1.5 trillion a year for the next 30 years, and the emphasis placed by the BRI on building edifices that enhance physical connectivity, important as they may be, China and other BRI countries should place equal attention on the soft infrastructure, if the objective of facilitating greater trade is to be achieved.

An edited version of this column was first published by Caixin Global.