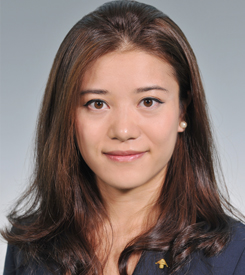 In 2013, Flavia graduated from UC Davis with bachelor degrees in both Economics and Statistics. In 2014, she joined a merchant bank called Forbes & Manhattan in Toronto, Canada as a Project Analyst. From her 10 projects, Flavia gained good knowledge about mining, agriculture, pharmacy and catering industries. In 2015, she returned to China to develop her family business, Chongqing Beckman Aircraft & Yacht Manufacturing Co., from inception to establishment. At the same time, she is also preparing to build a healthy restaurant chain.

Flavia used to be the captain of Deyang Swimming Team and won many prizes at provincial level. Now she still has a passion in sports especially in fitness, swimming and Muay Thai. Besides sports, Flavia also has a keen interest in cooking and nutrition.