Speaking the Global Language of Entrepreneurship

It has been called the "Alibaba of Africa" (and with good reason). The Traders of Africa (TOFA) platform represents tens of thousands of independent traders located in over 15 countries across the continent. TOFA is the brainchild of Global EMBA 2016 alumna Uju Uzo-Ojinnaka, and it was conceived right here at CEIBS. We asked Uju to tell us how TOFA came to be – and where it is headed. 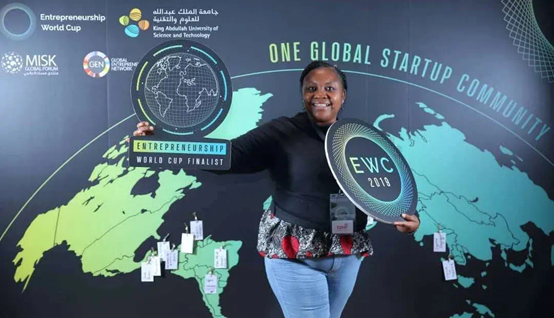 By 2016, Uju had been working with her family's business for over ten years. She had seen it expand into a major importer and wholesaler, finishing products for the Nigerian construction industry, and had been integral in the process of establishing connections with exporters in China. Although business was good, it was time to expand.

To do so, Uju felt that she needed to be aware of – and open to – new ideas and possibilities that could help take her family business to the next level. Given her familiarity with Chinese business practices and working relationships, Uju gravitated towards China as a place to find the right kind of EMBA programme.

"Since I was buying more and more regularly from China, it seemed natural to want to better understand the place I was buying from," Uju explains. "I wanted to mix with the people who could really tell me what made China run so well, without closing my mind to other business cultures and influences. That was why I applied to CEIBS – I wanted to know how China did business, while keeping an open mind." 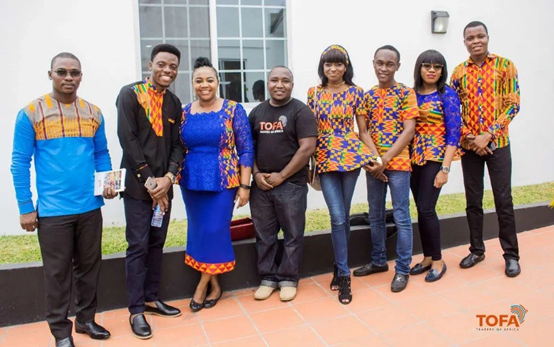 An inkling of an idea – Forming TOFA

Upon starting the Global EMBA programme, Uju quickly threw herself into her studies while also becoming class president. She says the challenge of motivating, integrating and encouraging both business and social links between students from all over the world was an often exhausting – but also exhilarating – challenge.

"I got everything I wanted from the experience and so much more. I could see CEIBS was like me – I'm a professional, but I'm also a very jovial person. CEIBS is like that because it's a great place to learn in a smart, strategic way, but it's also a lot of fun, in and out of the classroom," Uju says. "Everyone takes the academia very seriously, but they are also more than willing to learn in a way that's enjoyable and relatable. For me, getting to know my classmates from all different countries and cultures made every module unforgettable."

While she was enjoying her studies, however, there were business difficulties back home. At the time, the Nigerian government had put foreign exchange controls in place to prevent the collapse of the Naira (the Nigerian currency). This presented problems for her family's import-dependent business, since there were bills that need to be settled in China.

Uju resolved to find a Chinese company importing from Nigeria, so the two companies might settle their respective bills for each other. The search led her to collaborate with one of her CEIBS classmates, a Ghanaian 'agropreneur' who had a Chinese customer who wanted 20 containers of groundnut. Sadly, fulfilling an order of this scale through a single supplier wasn't possible, and the thought of aggregating the order through many smaller markets was already fraught with too many logistical difficulties.

"It really frustrated me, when we lost the deal. I could have solved my currency issue and turned a profit. It really should have been possible," she laments. "I woke up that night and thought: if I, a Nigerian, living in Nigeria, couldn't source large quantities of groundnut, how could anyone else? Despite this bad experience, it was worth it since it's what got me started on the idea of TOFA." 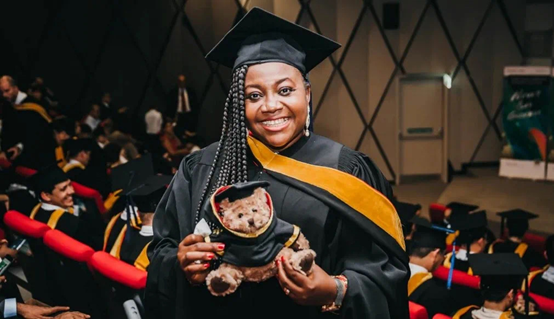 Having seen first-hand that there was a gap in the international trading market for African products, Uju started to craft the idea of a pan-African online marketplace. Then, during a Global EMBA entrepreneurship module, her project team encouraged her to share what she was working on.

As Uju imagined it, TOFA would be a point of convergence for products being grown, produced or manufactured in Africa only. It would function as a place to list, search and then buy all manner of products, while setting transparent payment terms and ensuring that all transactions would be carried out successfully and securely. This would solve two major problems Uju saw in the African international commodities marketplace: a lack of trust between buyers and sellers, and a lack of visibility regarding the products that were available.

Enthused and convinced, Uju's team decided to present TOFA to the class as part of their project. They weren't the only ones who were convinced either, as the team won the module competition for the best original business concept. Clearly, this was something that needed to be explored further.

Uju graduated in 2018, and since then, TOFA has thrived. The company won the Entrepreneurship World Cup Nigeria in 2019, scoping up the $500,000 grand prize. Uju also joined the Alibaba and UNCTAD's e-founders fellowship, where she was made Co-Chair Ambassador for Nigeria. With tens of thousands of new traders registered and more being added to the network, TOFA continues to extend its influence and reach across Africa. For Uju, this is a natural extension of her own personal business philosophy, and a logical realisation of the most important lessons she has learned from her time at CEIBS.

"Collaboration. Partnership. Working together to build a viable long-term relationship for mutually beneficial outcomes – this is the real fundamental mechanic of good business. CEIBS taught me that everything in business should be viewed as a relationship, one where you want your partners to grow with you, not in spite of you," Uju says. "My business has taught me that you can always go further, enjoying greater success, if you know how to work alongside the right people. I see that in my ongoing relationship with CEIBS. When we launched TOFA, we did it at CEIBS' Accra campus, and that opened a lot of doors for us. This is a prime example of a great long-term relationship. It wasn't transactional, because I'd already graduated by that time. This was CEIBS practising what it preached – they want you to succeed, they want us all to succeed together."

With TOFA expanding, Uju now finds herself forging connections with traders and entrepreneurs of every variety – at home, across Africa, and further afield. At the same time, she says her biggest challenge as a CEO is moulding her growing team to align their personal ambitions with the vision of the organisation. In this regard, she believes that her experience as Global EMBA class president continues to serve her well, as she works tirelessly to understand what makes every individual in her team tick, before binding them to the wider venture, making them invested in its continued success. Finding a common cause, embracing diversity and harnessing it for the good of the collaborative effort is a lesson she learned at CEIBS and always seeks to apply to her own company.

In closing, Uju says that China represents a special place in her ongoing entrepreneurial journey, as it opened her eyes to a wider vista of commercial opportunity, and encouraged her to think big with her ideas. She believes that it can do the same for anyone.

"China has positioned itself to be the world's producer. A lot of countries are beginning to wake up to this reality. The truth is, if you want to buy good quality but also buy cheap, China is the place to look," Uju says. "If you want to know how these two seemingly exclusive things can come together, you have to come to China and see for yourself. Entrepreneurship is a language here, one that's spoken as widely as Mandarin. If you want to learn that language, or at least the Chinese 'dialect' of entrepreneurship, you have to get in and experience it for yourself."